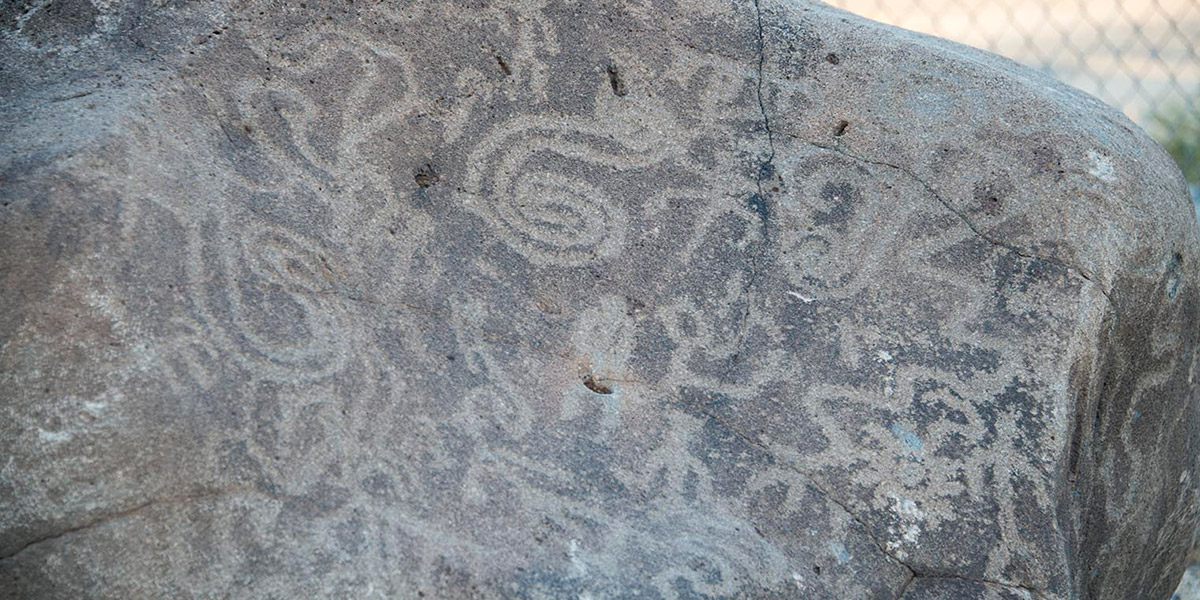 The Lake Pleasant Regional Park Discovery Center has a special entry feature – a petroglyph boulder with a quite a story behind it. The petroglyphs on the boulder were most likely created by the Hohokam, although the Hopi and Yavapai may have contributed to some of its 65 panels. It’s estimated that the petroglyphs are 500-1,000 years old. The petroglyph boulder sat in CAP’s core yard for years until a retired Bureau of Reclamation (BOR) employee recognized its significance.

The boulder was originally sited on the edge of a terrace overlooking the Agua Fria River during a BOR park survey in the 1990s and its location on the terrace edge overlooking the river suggested it had some special significance. In 2003, the boulder was found on the floodplain below the terrace and two months after that, it disappeared completely. As a significant cultural resource located on federal property, the boulder was covered under the Archaeological Resource Protection Act and so, the Bureau of Land Management, BOR and the Maricopa County Sheriff’s Office opened an investigation.

Following an anonymous tip, it was determined that the boulder had, in fact, been stolen. The boulder was recovered from private property and CAP assisted BOR in recovering the boulder and returning it to CAP headquarters. It remained there until it found its new home – where it can be enjoyed by those visiting Lake Pleasant. 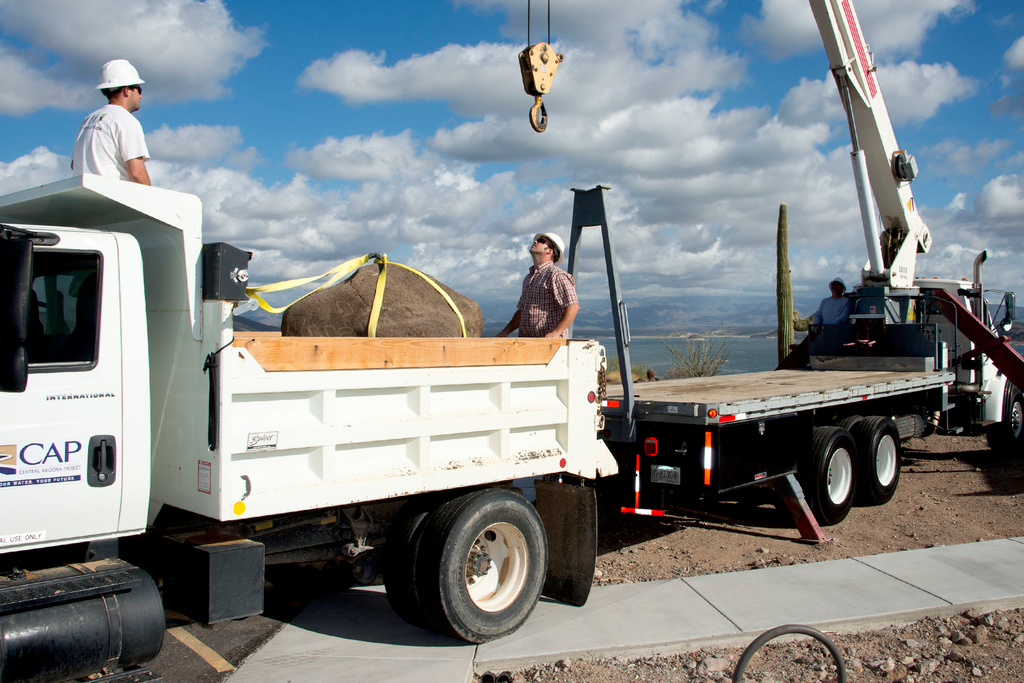 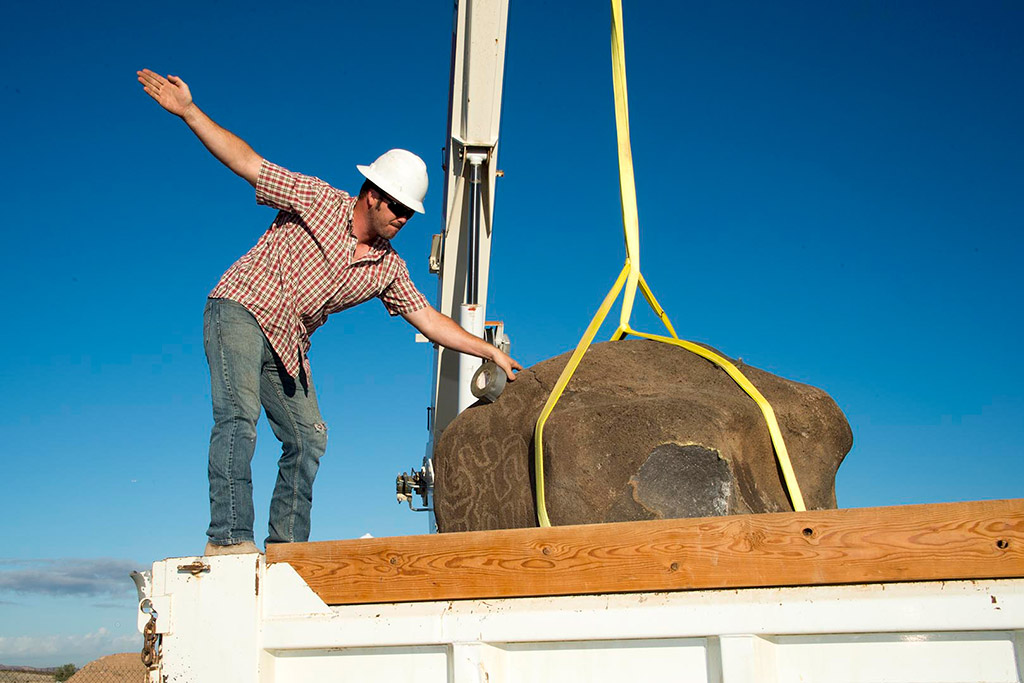 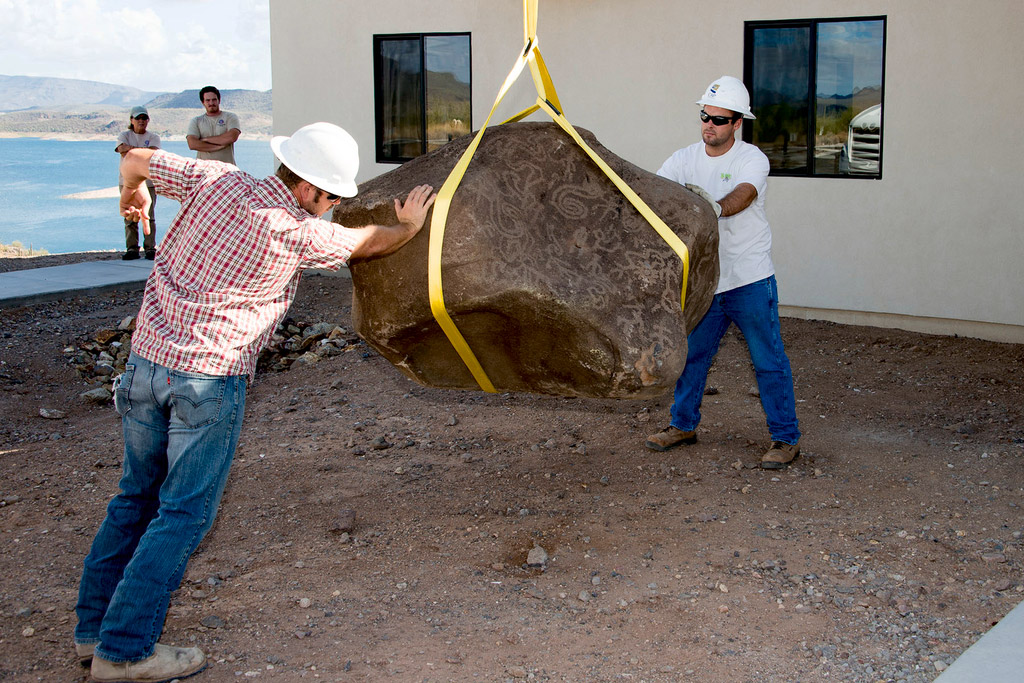 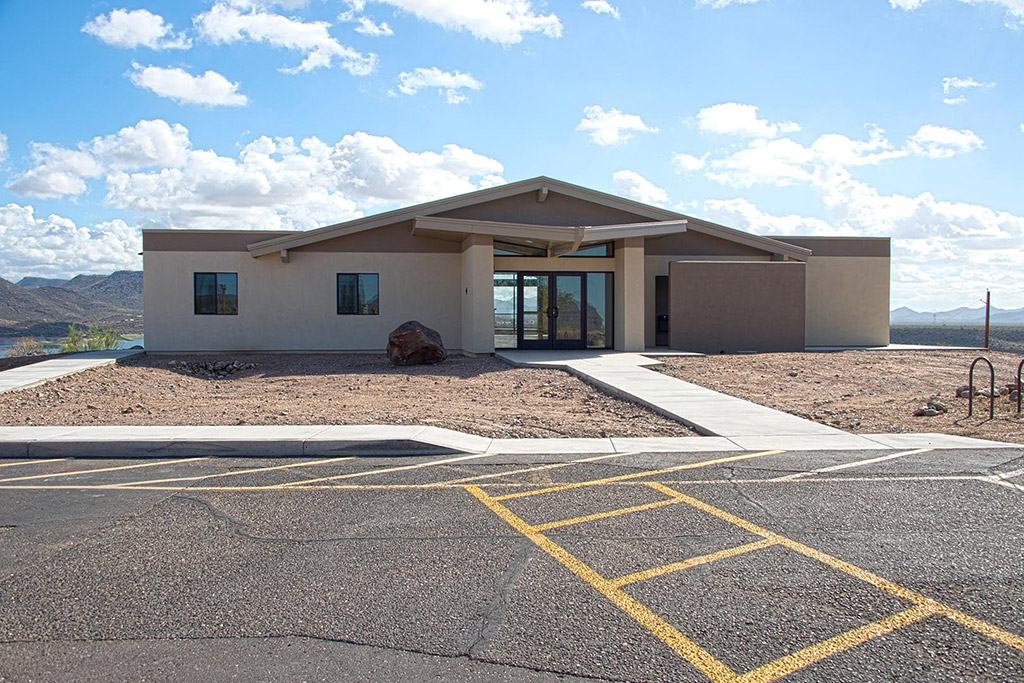 Editor’s note: The Discovery Center is currently closed due to Maricopa County staffing, but will reopen before the end of the year. Information about this petroglyph was previously published in 2015 shortly after it was placed in front of the Discovery Center.