35 Years Delivering Water to Arizona – begun by the U.S. Bureau of Reclamation and continued by Central Arizona Project

This month marks 35 years since Central Arizona Project made its first delivery of Colorado River water. This historic moment was the culmination of years of innovative planning and engineering – and a lot of hard work – by the U.S. Bureau of Reclamation.

CAP construction began just outside of Lake Havasu in 1973. It took the Bureau 12 long years of hard work, often in the unforgiving desert sun, to get the system to its first turnout to the Harquahala Valley Irrigation District on May 22, 1985.

The water from that first delivery for cotton, lettuce, pistachio, melon and other crops grown on farms about 60 miles west of what was then the Phoenix metro area. Previously, these farmers had been using precious groundwater, so the ability to use surface water supplies was important not only for them, but for the entire state of Arizona. This first delivery heralded a new era for water use and sustainability.

After Harquahala, deliveries began rather quickly throughout the Phoenix area. And over the next eight years, water began flowing through Pinal County and ultimately south of Tucson. Thanks to a great deal of innovation and hard work, a long-standing collective vision became the engineering marvel that is today’s Central Arizona Project! 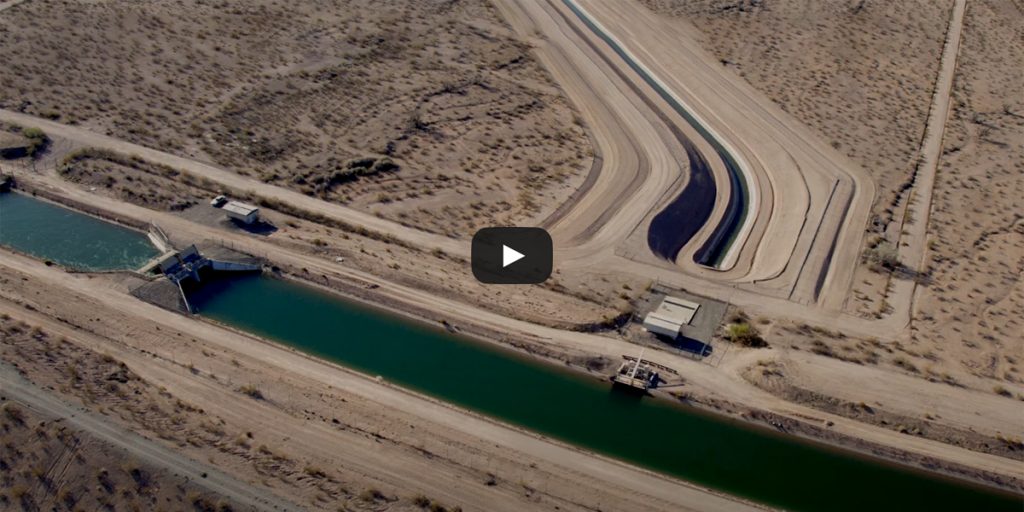 PrevPreviousCAP water users: 2019 water quality results are out
NextCAWCD Board Convenes by WebEx for May 2020 MeetingNext