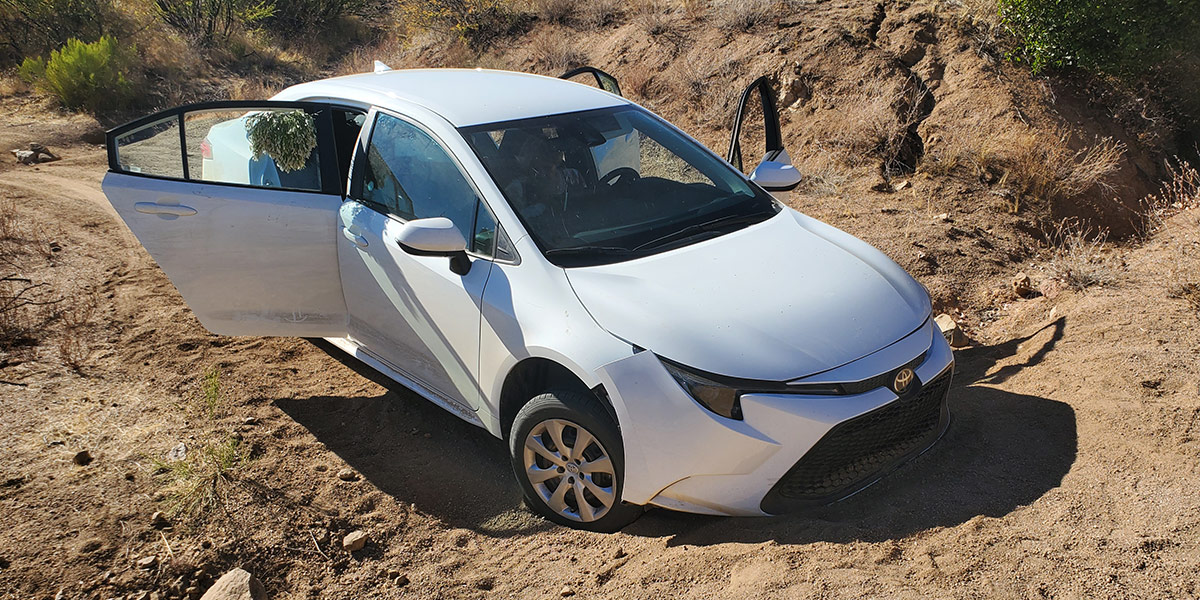 When CAP Protective Services Agent Ray Russell climbed into the Maricopa County Sheriff’s Office (MCSO) helicopter on November 18, he was prepared for a normal, semi-weekly air patrol of the canal. It was a flight he and Chief Pilot Deputy Kevin R. Kraayenbrink had made many times before.

As they left north Phoenix and headed toward Tucson, Kraayenbrink skillfully handled the helicopter as he’s a 32-year veteran of MCSO and 25 years as a helicopter pilot.  Russell visually scanned the CAP system from a vantage point of 300 feet above the ground. He and the other Agents complete weekly patrols of the canal looking for things that are out of place: open gates, missing fence, evidence of someone or something entering the canal. Russell has spent 15 years at CAP as a Law Enforcement Agent, but this trip was destined to be significantly different.

They landed near Tucson for fuel and breakfast and as they were heading back to Phoenix they were notified there were two out of towners who were reported as missing in a remote area north of Carefree, a 77-year old grandmother and her 13-year old granddaughter.

Russell and Kraayenbrink returned to metro Phoenix and headed that direction. Their timing couldn’t have been better; they relieved the DPS helicopter on the search that needed to stop and refuel.

“The search area was a quite vast, probably 150-200 square miles,” said Russell. “Kevin is very familiar with this area and with the rugged terrain, so he really had a strong feeling for where we should search, based on previous rescues. Fortunately, after searching for about 20 minutes, we noticed a white dot in the distance.”

The white dot turned out to be the vehicle that was stuck in an erosion ditch, where it had been for more than 24 hours. It was stuck in an area that had been searched earlier but missed due to the difficult terrain and vastness of the landscape. After finding a safe place to land, Kraayenbrink and Russell greeted the missing women who were overcome with emotion. They were more than 20 miles from the ground search and rescue group, so they were loaded into the helicopter where they rehydrated on the flight back to be reunited with their family.

This partnership between CAP’s Protective Services agents, Maricopa County Sheriff’s Office and DPS is only one of many partnerships CAP has with emergency response agencies. And on this day, it was one that truly made a difference.

“I was in law enforcement for more than 25 years before I came to CAP. I’ve seen many memorable things, both bad and good,” said Russell. “But this moment definitely was in my top three things I’ve ever done. The excitement of returning these women to their families, and specifically the 13-year old daughter to her father was indescribable and one of the many reasons I, and many of my colleagues, choose to go into law enforcement.”  Russell continued, “Law enforcement has received much attention in the past year, unfortunately some negative, but people should know that police want to help and be of service to others.  They are part of their communities for which they serve and most importantly live.”

PrevPreviousWater: Brought to you by Camille Champion, Right-of-Way Specialist
NextThere’s a story behind this engineering marvelNext