CAWCD Board convenes for February 2020 meeting 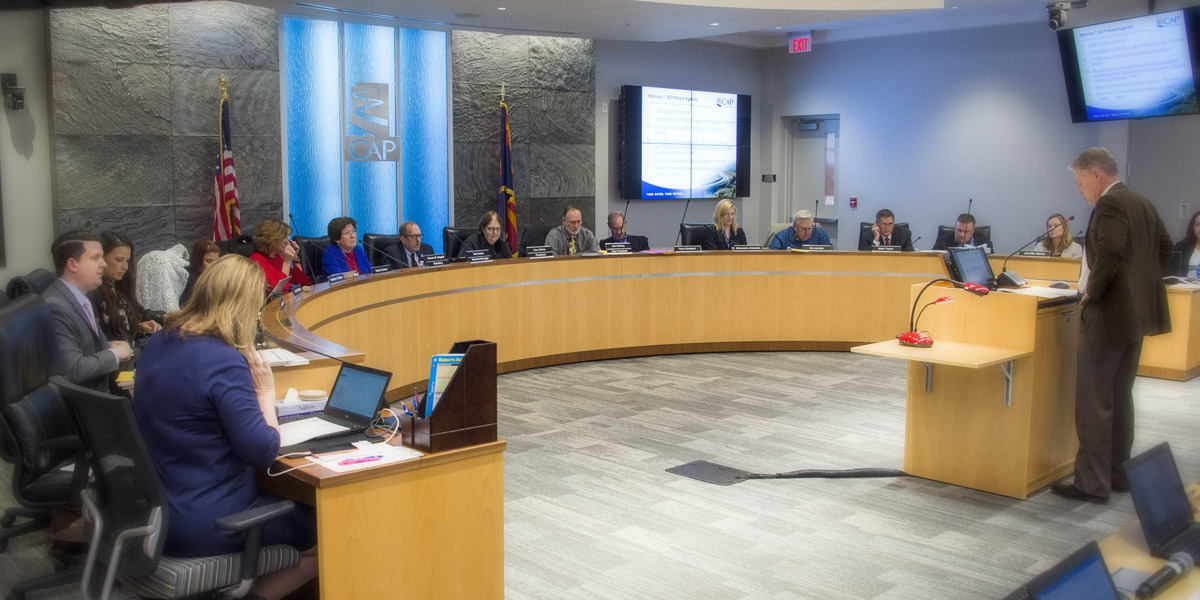 The Central Arizona Water Conservation District Board of Directors (CAWCD) convened today for its February 2020 meeting. The meeting began with a presentation on the Arizona Municipal Water Users Association’s (AMWUA’s) 50th anniversary by Gilbert Councilmember Eddie Cook, AMWUA board president.

During the Public Policy Committee report, the Board adopted a Position of Support on several pieces of proposed Arizona state legislation:

In addition, the Board adopted a Position of Monitor for:

The Board also approved a professional services contract for the System Use Agreement Feasibility Study, Phase 1.

The CAWCD Board of Directors is a popularly elected, 15-member board. Ten members are from Maricopa County, four from Pima County and one from Pinal. Members serve six-year, unpaid terms. The board typically meets publicly the first Thursday of each month to establish policy and set rates and taxes for CAP.

For additional details on the February board meeting, take a look at the agenda and packet. Board minutes and videos will be posted here.

PrevPreviousCAP diversifies power portfolio with solar energy
NextThrow Back Thursday: Then and NowNext