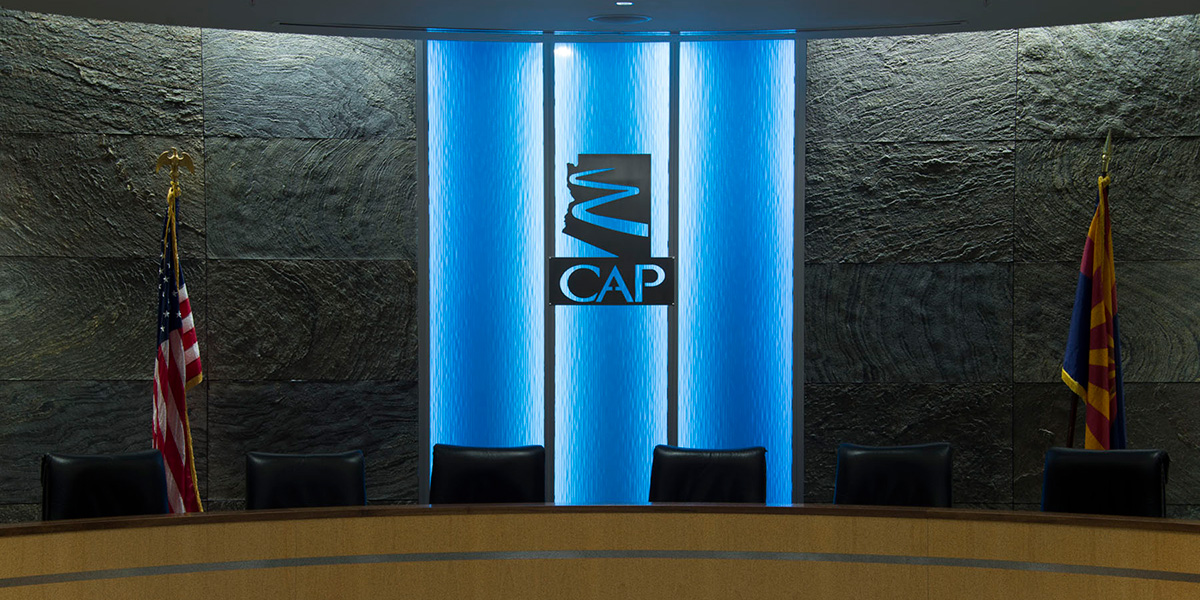 CAP is governed by a 15-member, popularly elected board of directors. Board members serve unpaid six-year terms and the elections are staggered, meaning every two years a third of the Central Arizona Water Conservation District (CAWCD) board seats are on the ballot. This year, five terms were up in Pima and Pinal Counties. The elections would typically appear on the November General Election ballot in those counties, but this year both elections were uncontested and as a result, the CAWCD elections were cancelled.

The candidates have been deemed elected, which means in 2021, the CAWCD Board will welcome two new members – one from Pinal County (Stephen Miller) and one from Pima County (Marie Pearthree) and will welcome back three returning Pima County Board members (Karen Cesare, Pat Jacobs and Mark Taylor).

In Pinal County, with only Stephen Miller qualified for the election and no write-in candidates by the Aug. 19 deadline, Pinal County elected to cancel the CAWCD election. This decision was formalized by the Pinal County Board of Supervisors on Sept. 9, at which point Miller was deemed elected. Miller will replace outgoing CAWCD Board Member Jim Hartdegen, who has served CAWCD for 20 years between 1997 and present.

In Pima County, with only four candidates qualified for the four open seats and no write-in candidates by the Aug. 19 deadline, the Pima County Elections Department gave CAWCD the option to cancel the election. CAP opted to forego the expense, which cost CAP approximately $373,000 during the last Pima County CAWCD election cycle. At its Sept. 1 meeting, the Pima County Board of Supervisors formalized this decision and deemed Cesare, Jacobs, Pearthree and Taylor elected. Pearthree will replace outgoing CAWCD Board Member Sharon Megdal, who has served on the CAWCD board for 12 years.