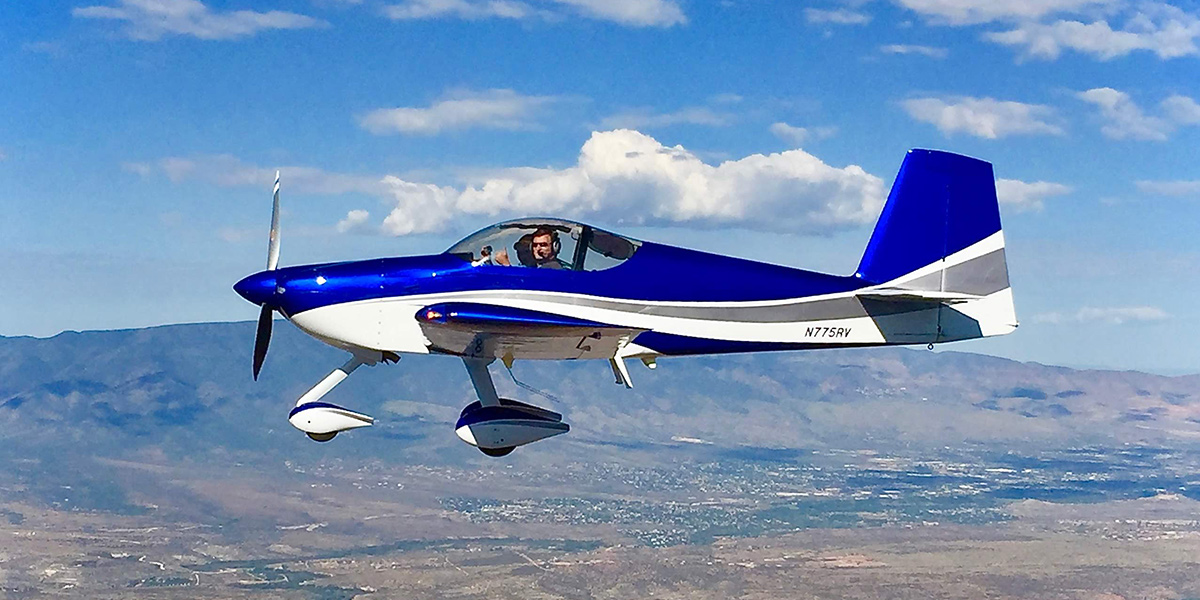 Editor’s Note: Greg Brinker joined CAP in 2002 with extensive experience in information technology and software. He was promoted to Supervisor in 2012 and leads a team that is responsible for nearly all the enterprise-wide applications and systems, including the technical administrator of the programs and all the associated servers, databases, storage and backups of those systems.

Greg Brinker believes you can do anything if you want it badly enough.

Brinker, CAP’s IT applications & system supervisor, wanted to fly for as long as he could remember. So he made it happen…but not in a traditional way.

With a thirst for adventure, he left his small Ohio hometown to join the Air Force. He had an (incorrect) belief that his less-than-stellar eyesight would prohibit him from becoming a pilot, so he didn’t pursue a career path as a pilot. Instead, while stationed in California, he used his per diem reimbursement from his military travel to take flying lessons at the base Aero Club.

“That first flight was scary, the coast was right there,” Brinker said. “It’s overwhelming because you’re not used to the three dimensional ups and downs…it’s a whole new ballgame.”

When he left the Air Force less than a year later, family and career took a priority over flying. But his love of the skies never waned and in December 2010 he embarked on a huge project – building his own airplane.

Brinker built a Vans Aircraft RV-7A, 2-seat aluminum airplane. With more than 1800 currently in the air, it’s one of the most popular homebuilt airplanes. 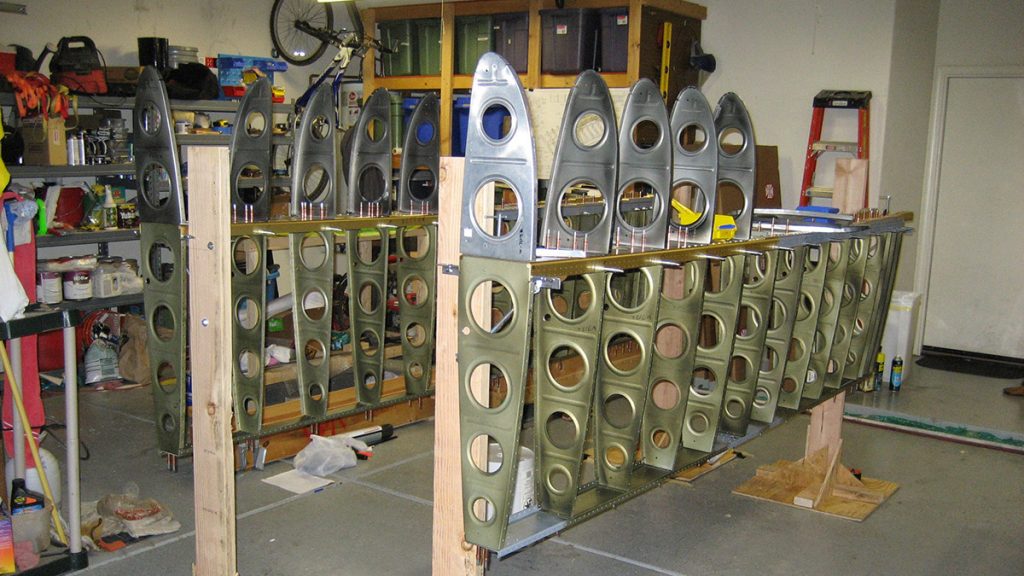 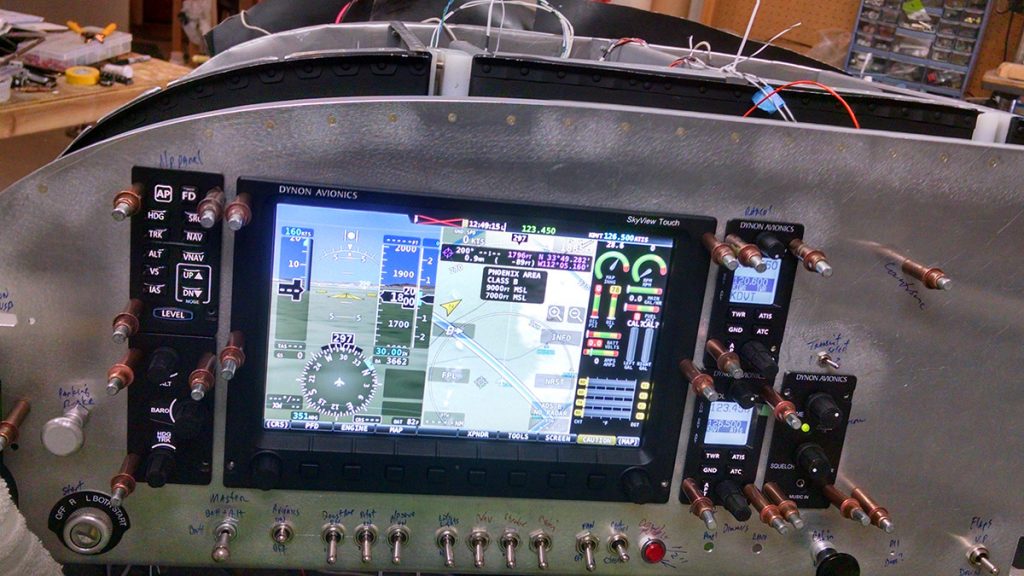 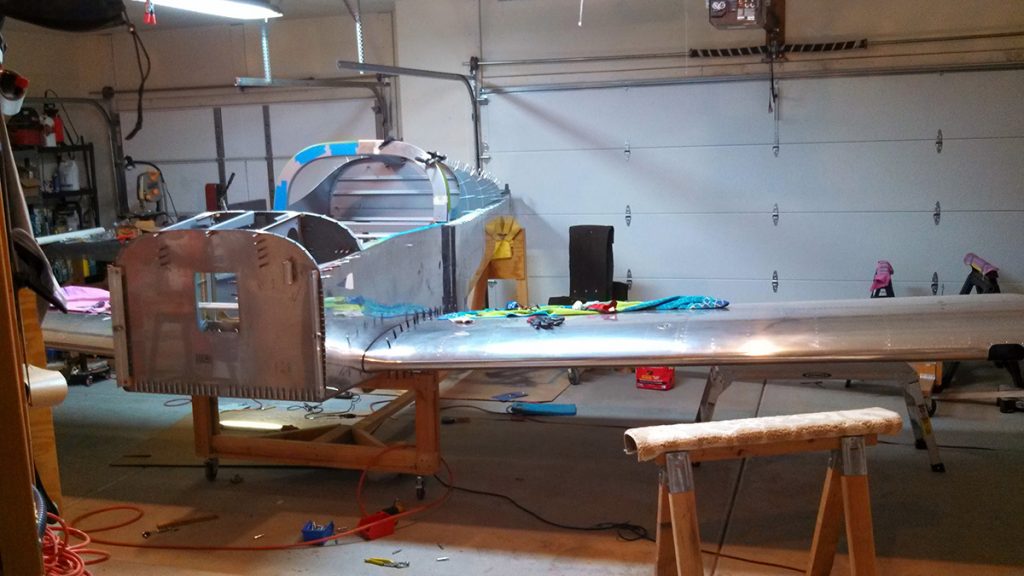 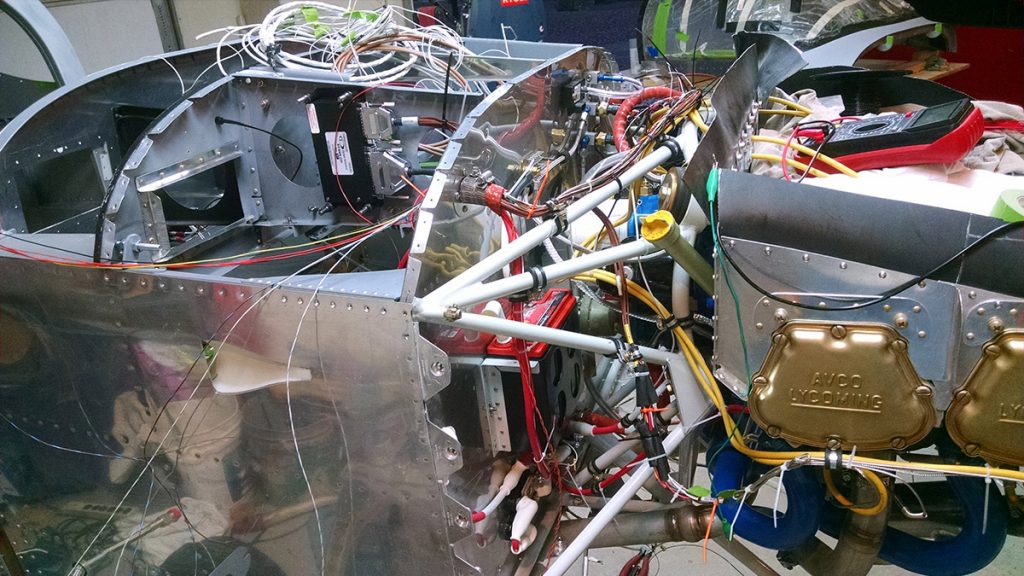 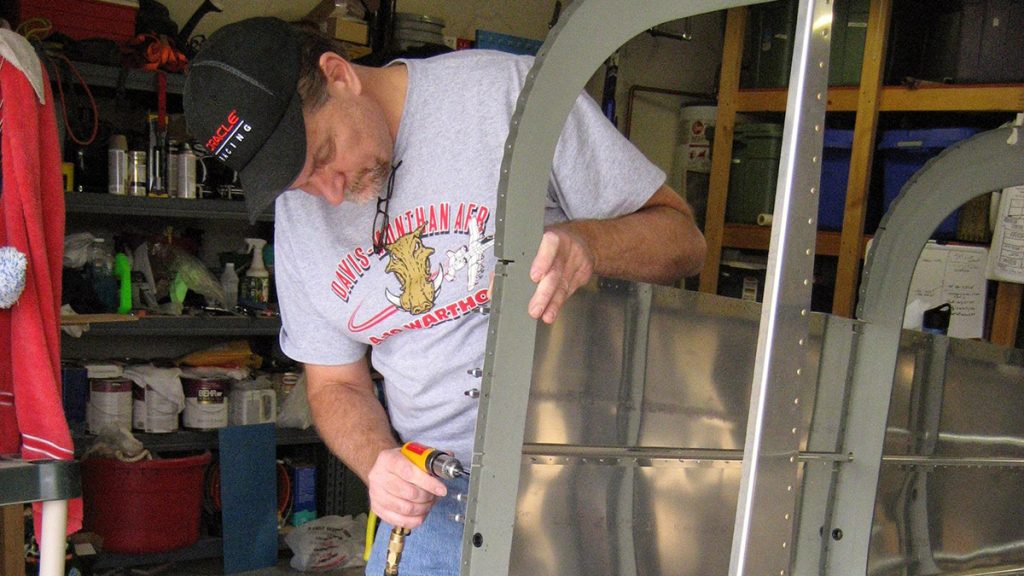 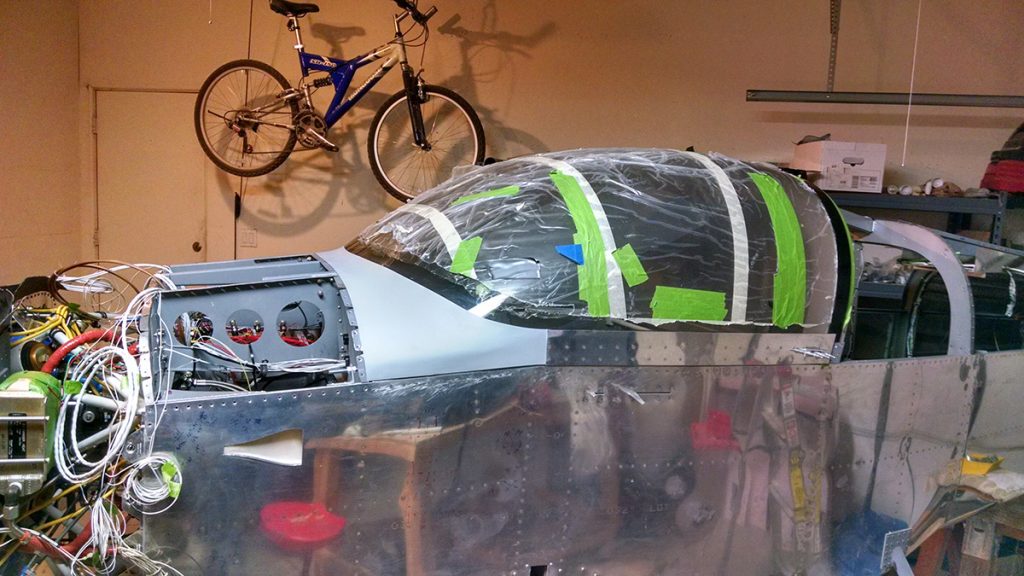 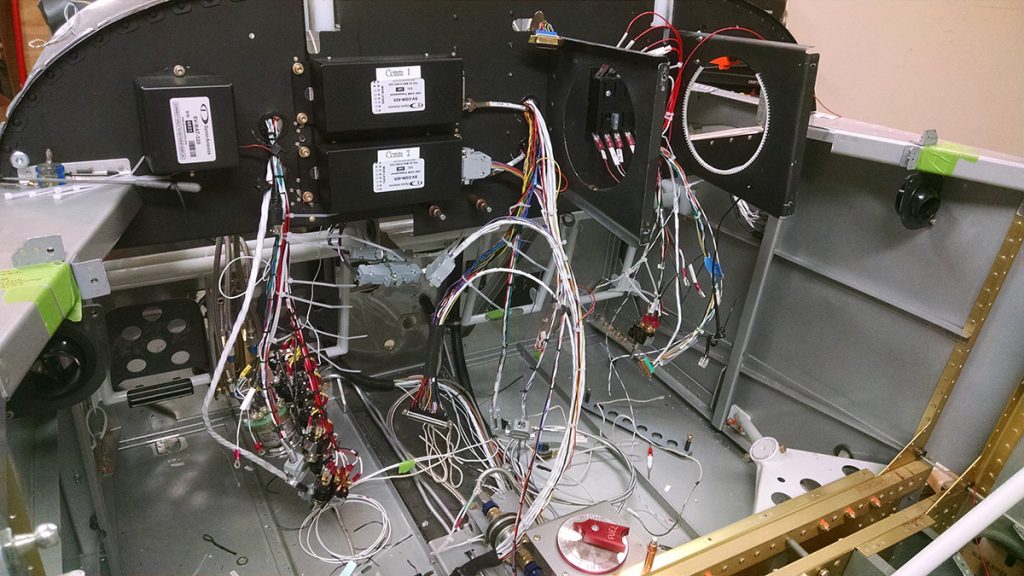 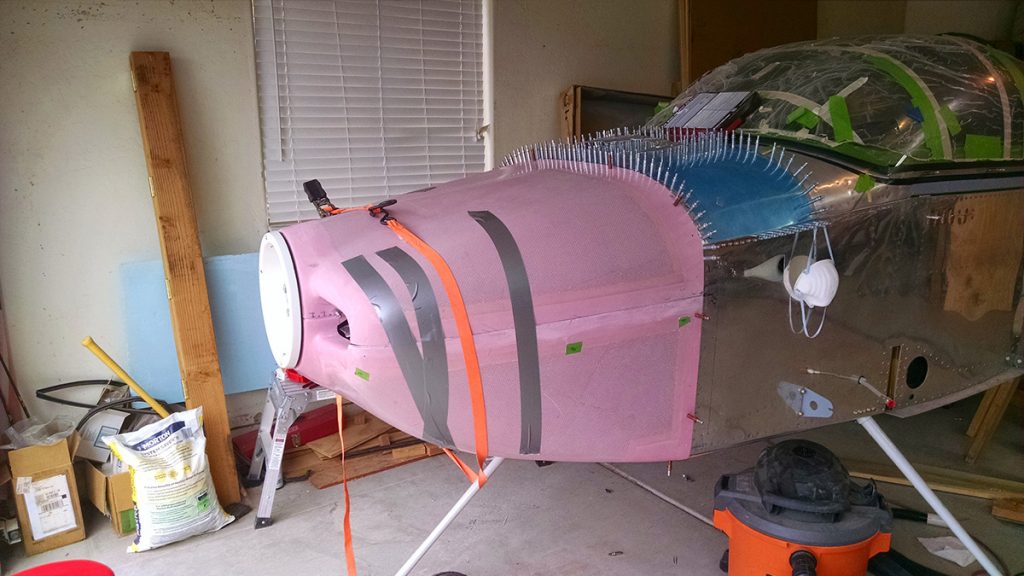 “I really enjoyed the challenge of building and the joy of actually flying something built mostly in my garage,” said Brinker.

“I believe the hardest part when beginning to build is learning how to buck solid rivets,” said Brinker. “I don’t know how may rivets are in the entire plane, but it’s a lot, and if you don’t do it correctly, you can really mess up or ruin the aluminum or have safety issues.”

Brinker said his IT career helped with the technical aspect of avionics installation and configuration, but more importantly was his focus to learn and work on things that were new to him or things he’d never seen before; his hunger to figure things out.

“I spent countless evening and weekend hours researching things I didn’t understand about whatever part of the build I was working on, much like I’ve done in IT for most of my career,” Brinker said.

The payoff came in February 2017 when he took off from Deer Valley Airport for the first time in his plane…that he built.

“I thought I’d done a pretty good job building it, but I really had no idea how it would fly,” said Brinker. “So that first flight was scary. I did 185 miles an hour, circling the airport, watching everything, making sure nothing was overheating.” 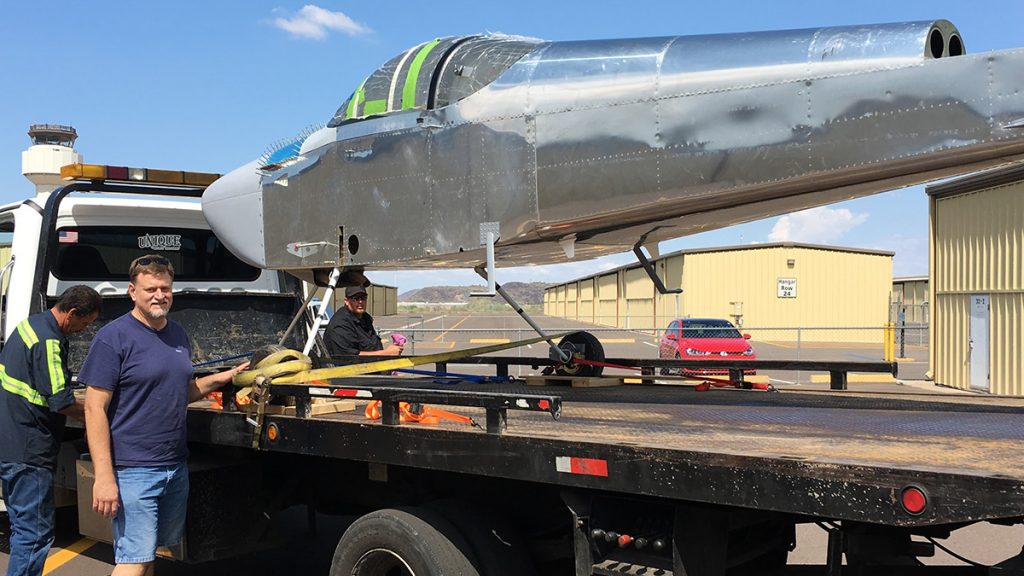 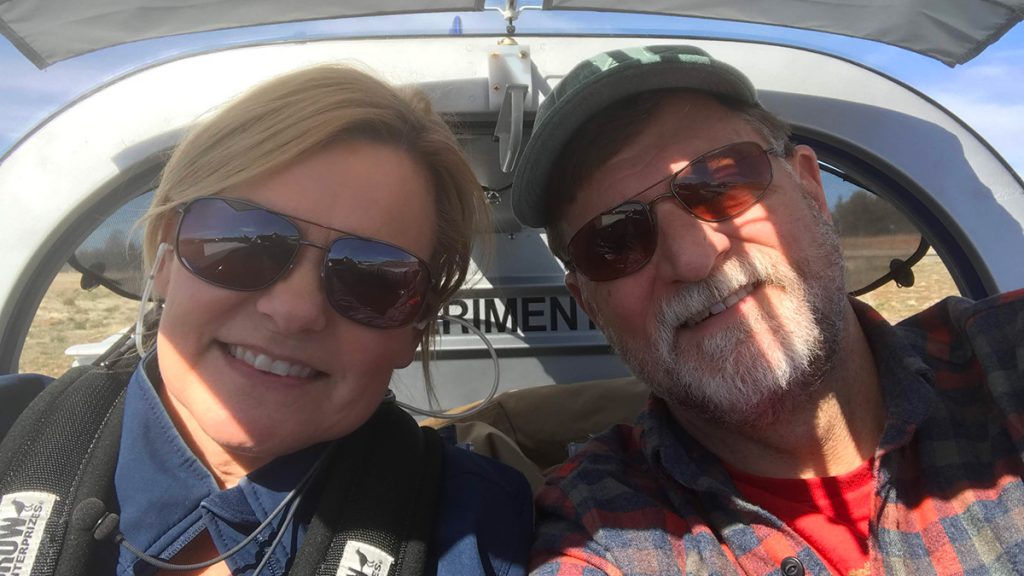 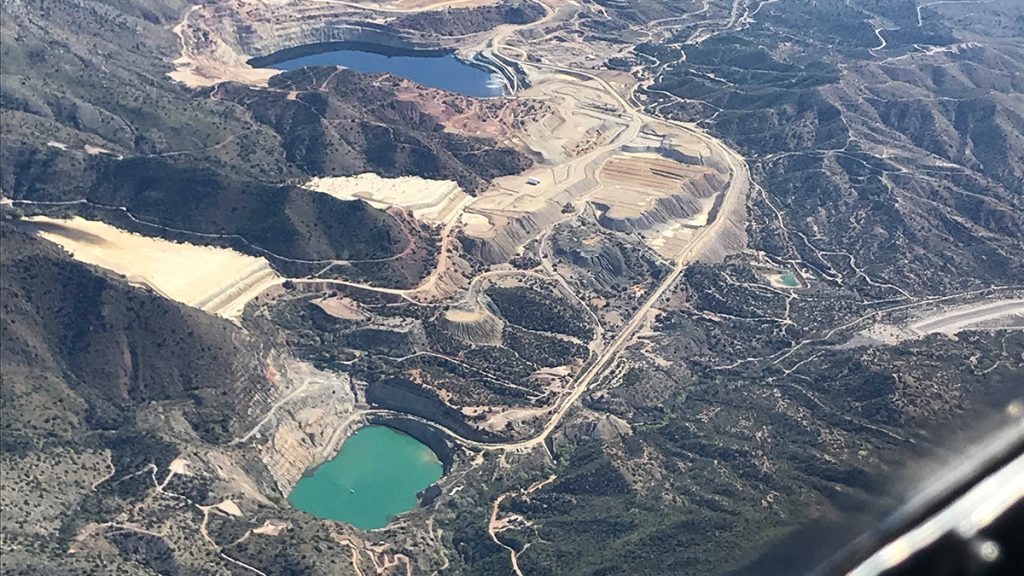 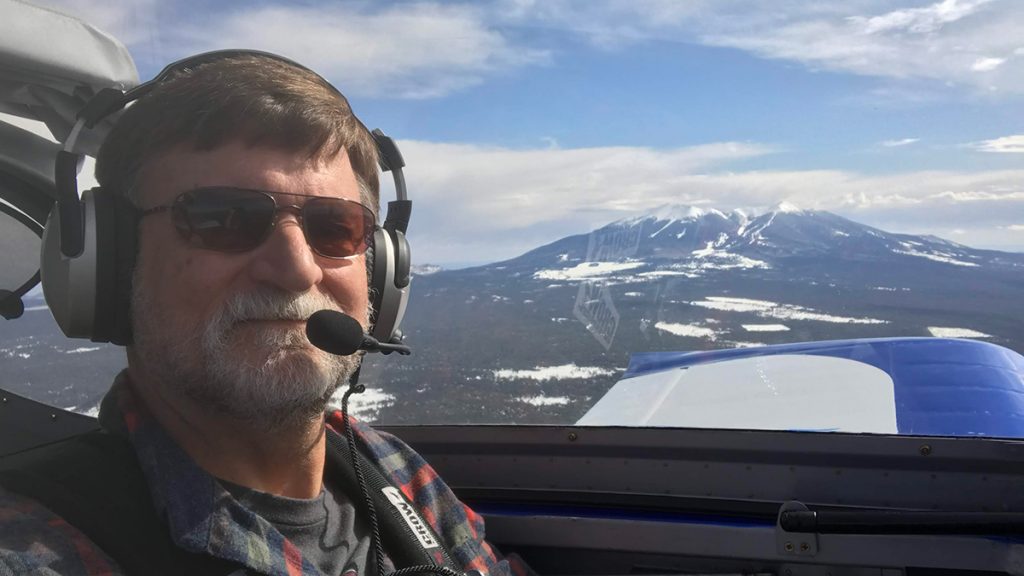 He did a great job. Since his first flight, he’s logged 420 hours of flying time, including trips to Ohio, Kansas, Montana, California, New Mexico, Utah, and all over Arizona including several trips over the Grand Canyon.

He’s taken about 30 people along for the ride, including 11 CAP co-workers, and said he particularly enjoys dispelling the negative ideas people have about small aircraft.

Brinker said the only scary experience he had was during a trip back from Wichita where his alternator went out and he had to turn off most of his instruments for a couple of hours to have enough battery left to radio the control tower for landing at Deer Valley.

His experience as a builder and a pilot has been incredibly positive, Brinker says. He’s developed comradery between other pilots and builders, is considering building another plane and is looking forward to future trips to Alaska and Key West.

“For me, flight is freedom and it’s an amazing feeling,” Brinker said. “It just takes the whole world and trims it down. I can take off from Deer Valley Airport and go over Grand Canyon and back in two hours. It’s indescribable…the things you can see from the air you can’t see from the ground.”