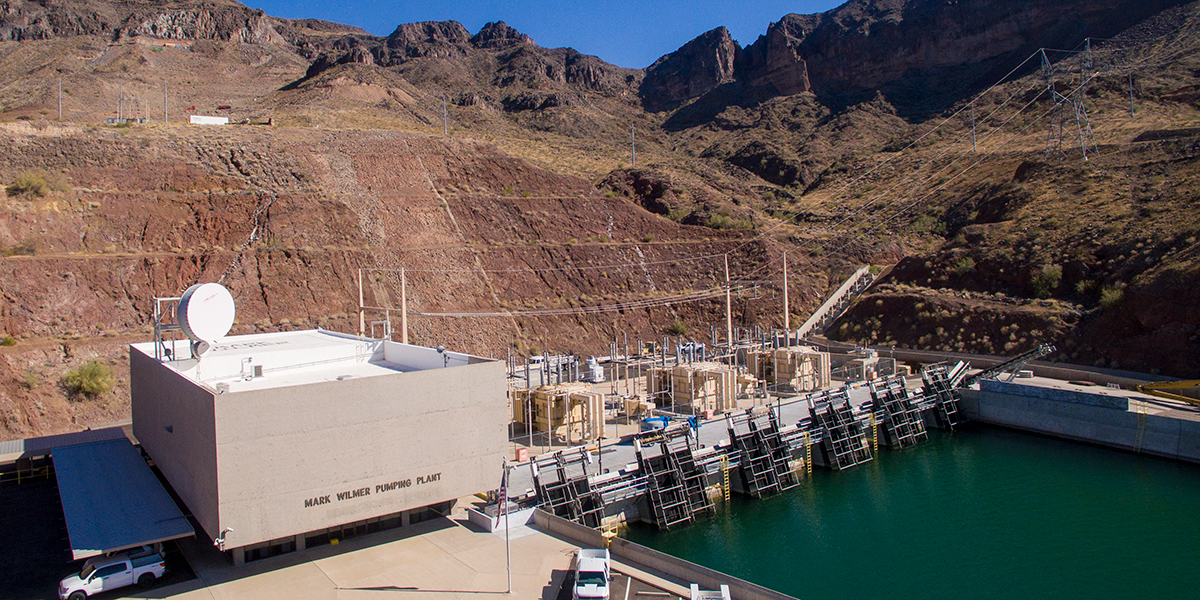 While some of the hottest temperatures in recorded history pepper some spots of the western U.S., demand for energy is rising, and supply has changed from one generation source to another. The combination of extreme temperatures and shifting regional power-generation resources recently resulted in rolling blackouts across major metropolitan areas in California.

Central Arizona Project, a 336-mile canal system that delivers Colorado River water to more than 80 percent of the state’s population, is helping alleviate the power shortages by planning to not use energy during the peak summer timeframe, which in turn saves money for water users in central and southern Arizona.

CAP understands the natural, yearly supply-and-demand curves for energy and is afforded with the ability to shift the majority of its pumping to times when it is most energy-efficient.

Due primarily to this particularly hot Southwest summer, this region has been witnessing extremely high energy prices during the power-gobbling hours of 4-10 p.m. — the hours when solar generation ramps down with the setting sun.  So during this period, CAP has been dialing down its energy consumption, even beyond its normal, planned seasonal shaping.

With the ability to lower energy use at Mark Wilmer Pumping Plant at Lake Havasu (where more than 50-percent of CAP’s energy use occurs due to lifting water more than 800 feet uphill), CAP avoids these excessive late afternoon/evening costs. When CAP’s pre-purchased energy resources outpace its actual daily needs, CAP sells this underutilized power to other utility companies that have a need.

By leveraging pre-purchased power into a localized, heightened energy event, CAP is able to save money for its customers with the offset of energy expenditures created by these energy sales.  An added benefit is that this same yearly energy strategy — reduction of use during the peak summer hours — is that it helps to alleviate demand for power use during the peak hours of 4-10 p.m. across Arizona and make more energy available to other Arizonans.

CAP is charged with being a responsible steward of central Arizona’s Colorado River water entitlement.

And as the largest single power user in Arizona, CAP takes this resourceful approach to effectively shape its power-usage profile to free energy when it’s needed most, and at the same time avoids pumping when energy costs are at their highest.  It is not often that a synergy like this is realized, but low-cost energy to CAP’s water customers actually aligns with helping to dampen Arizona’s peak summer energy needs.

CAP has developed a diversified power portfolio, which includes renewable supplies (solar) and a combination of long-term and market purchases.

So even after this sweltering summer of 2020 comes to an end, be sure CAP will continue to look for ways to deliver a reliable water supply in a cost-effective manner, and even free up power when critically needed for other Arizonans.

PrevPreviousBy the light of the moon
NextCAP canal system: the “StoryMap” behind the storyNext