It might be a La Niña three-peat – What exactly is La Niña? 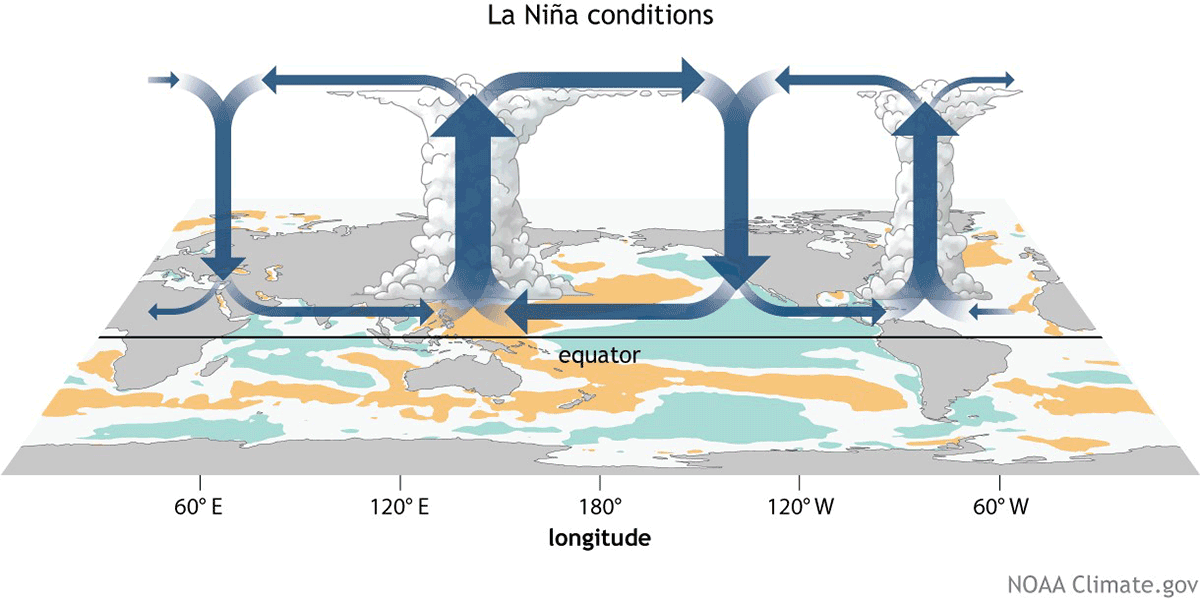 This is the time of year when we in the water profession are eagerly tracking the weather to determine if the predictions about the “type” of year we predict actually comes to pass. We expect this 2023 water year to be influenced by a weather pattern called La Nina, so let me explain what that means and why it’s important to water managers.

How do weather patterns develop?

The atmosphere is driven in large part by the sun. It is generally more dynamic. The ocean covers 70% of the earth’s surface but has tremendous thermal and physical inertia. It is generally less dynamic. Interaction between the two is the primary mechanism for getting incoming solar energy from places where it is delivered in excess (the equator) to places where it is lacking (the poles/everywhere else). The various patterns through which they interact have different names. One pattern commonly affecting conditions in the Colorado River Basin is called the Walker Circulation.

The ocean, of course, eventually responds. As the Walker Circulation intensifies, the tradewinds pile warmer surface waters up in the Western Pacific. Colder, deeper waters in the eastern Pacific rise to the surface to take their place, and sea surface temperatures there trend cooler than normal

This is the typical pattern observed in La Niña.

With El Niño, the opposite occurs: the tradewinds weaken, leaving warmer water near the surface off the northwest coast of South America, and the mass of warm, saturated, rising air that would otherwise be located over Indonesia shifts east with it. 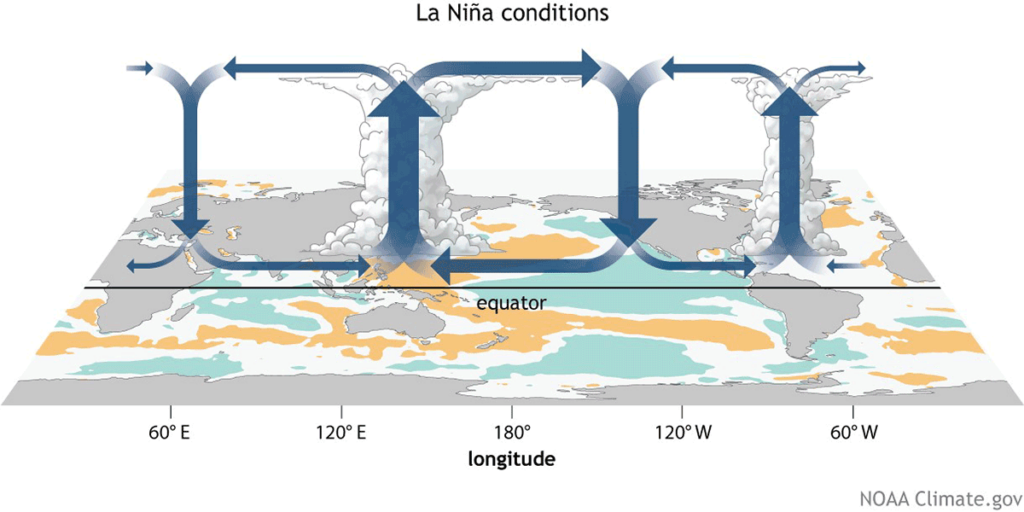 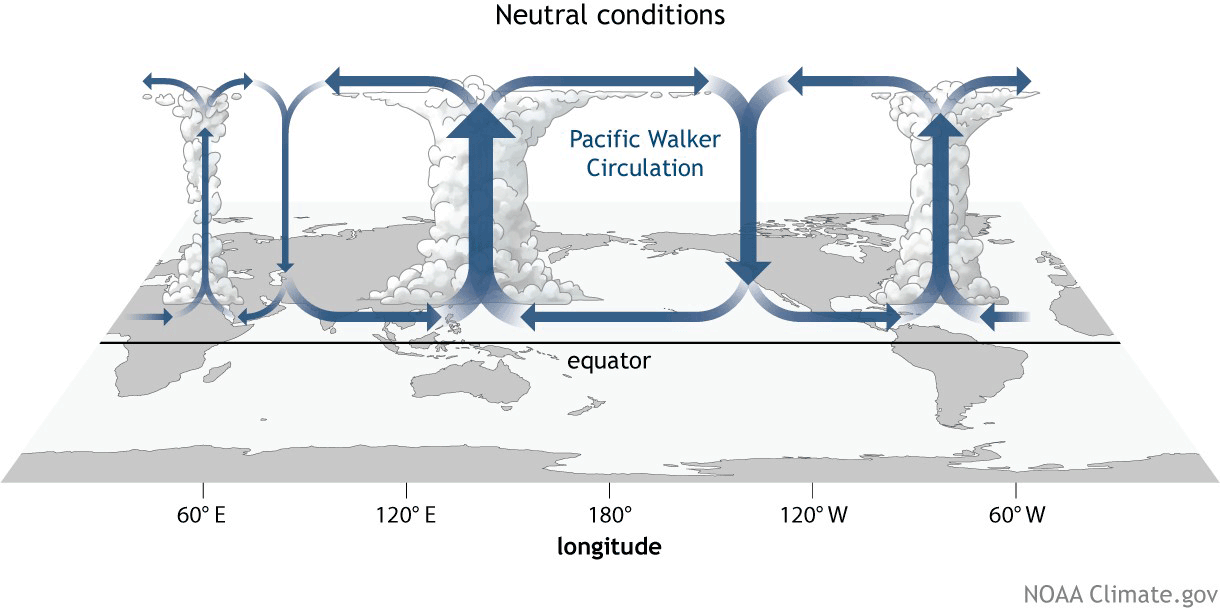 What does this mean for the Colorado River Basin?

Because the ramped-up pattern tends to shift the Pacific storm track north across the Pacific Northwest and on into the Northern Plains, La Niña winters typically spell dry conditions for the Colorado River Basin. Generally speaking, if the headwaters of the Colorado River receive snowfall in a La Niña year, it is typically in the source area of the Green River watershed.

El Niño winters, by contrast, often mean significant winter precipitation for the Lower Basin, with the mountainous areas of Arizona, southern Utah and southwest Colorado (the San Juans in particular) often receiving above-average snowfall. In Arizona, La Nina does often make for a decent monsoon, though this is also dependent on several other factors.

Can the weather pattern change during the water year?

When the Walker Circulation is strong, the loop is self-sustaining and there is essentially nothing that can stop it. Cooler water at the surface of the Eastern Pacific does not feed storm activity, and the cold, dry air descending on the region does nothing to change this feedback effect. The makings of an El Niño event, by contrast, contain all the elements needed for its dispersal.

Warmer, saturated air rising over the Eastern Pacific means enhanced atmospheric convection and large, often poorly organized low pressure systems. The enhanced evaporation from a warmer ocean condenses as it rises, eventually cooling the surface waters but heating the atmosphere above it. These low pressure systems also create a subtle difference in mean sea level: sea level is slightly higher underneath them, and this gradient naturally disperses the warm surface waters of El Niño away from this center.

This is why La Niña events often repeat in consecutive years, while El Niño often stands alone. Thus, the projected three-peat La Niña for this winter – and hence the prospect of continued dry conditions, which could mean more unfortunate news for the Colorado River Basin.