Recharging Toward the Future 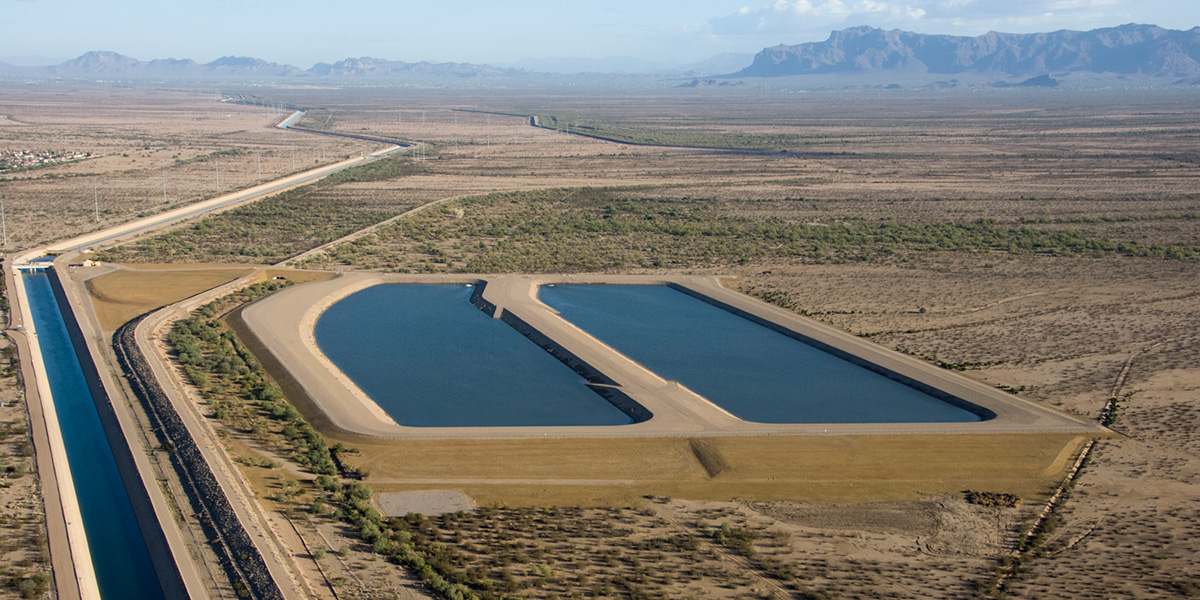 The informal definition of “recharge” is to refresh, restore and revitalize. Given that, it seems the word “recharge” is well suited to its meaning in the water world – storing water underground so it can be recovered during periods of reduced water supply.

CAP began recharging water in 1996 in an effort to increase the reliability of long-term water supplies – storing water underground that could be relied on in the future when we need it. We currently operate six recharge projects, which can store more than 300,000 acre-feet of water underground per year. One acre-foot is enough to serve three Arizona families for a year – so that’s a lot of water!

Get a birds-eye view of all CAP’s recharge sites by taking a look at this story map.

How exactly does recharge “work?” It’s actually not as complicated as you might think. The process involves flooding a carefully selected site and allowing that water to percolate down through the soil where it reaches the underground aquifer. This “recharged” water may then be pumped out as a later date.

Recharge happens naturally, of course, when it rains. But it’s a much slower process – and during a long-term drought, as we are experiencing in Arizona, it may not happen at all in the short term. Fortunately, recharge can also happen “artificially” when we deliberately choose to store some of the water we don’t need for other purposes.

Recharge is a beneficial water management tool in several ways:

In Arizona, any surface water may be recharged, so long as the appropriate permits are issued by the Arizona Department of Water Resources (ADWR). There are two types of operational permits:

The potential sources of water for recharge include Colorado River water delivered by CAP, water from Arizona rivers and streams, and effluent.