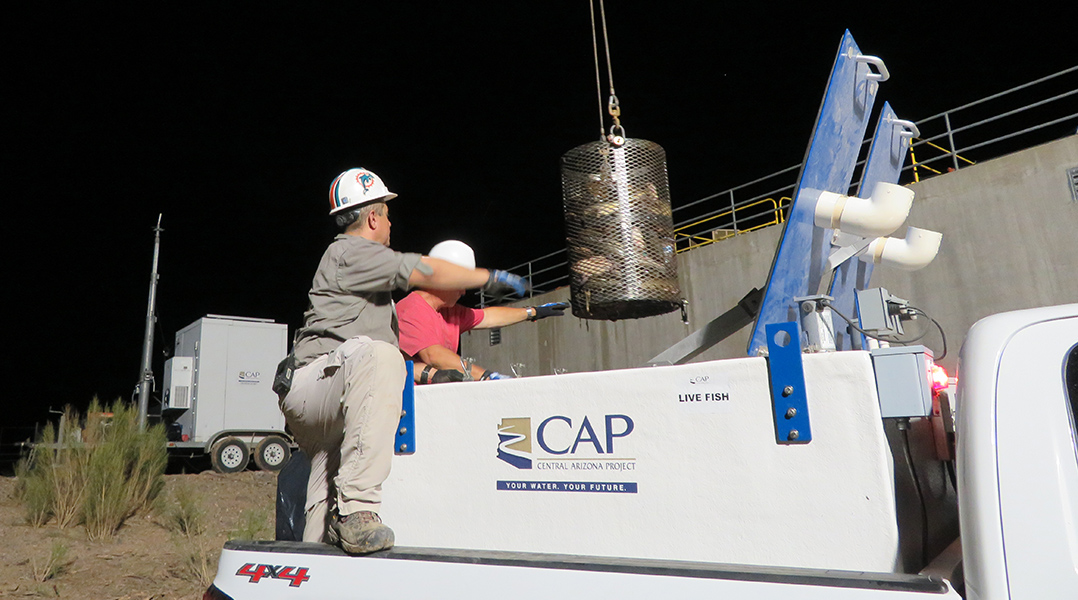 Due to relatively high flows, a lack of cover and habitat, and sparse food resources, the CAP system is not an ideal location for fish to thrive. Despite this, fish populations in the canal persist at a reasonably high rate. Sportfish species, like largemouth and smallmouth bass, bluegill, redear sunfish, and striped bass enter as eggs or larvae at Lake Havasu and Lake Pleasant, grow into adults, and can be found throughout the system. Common carp, also from our source waters, thrive in the CAP. And grass carp and channel catfish are stocked annually for vegetation and insect control.

So, what happens when we drain sections of the canal for maintenance work; where do these fish go? Typically, fish will detect movement of equipment and people and move out of busy work areas. But in situations where we dewater a section of the system, CAP crews step in to rescue any resident fish prior to work beginning.

Once rescued, the fish are transported immediately — typically with a fish hauling tank — to the canal just upstream or downstream of the dewatered section.

Moving the fish is the right thing to do, but there are also other reasons:

Saving fish – one at a time! 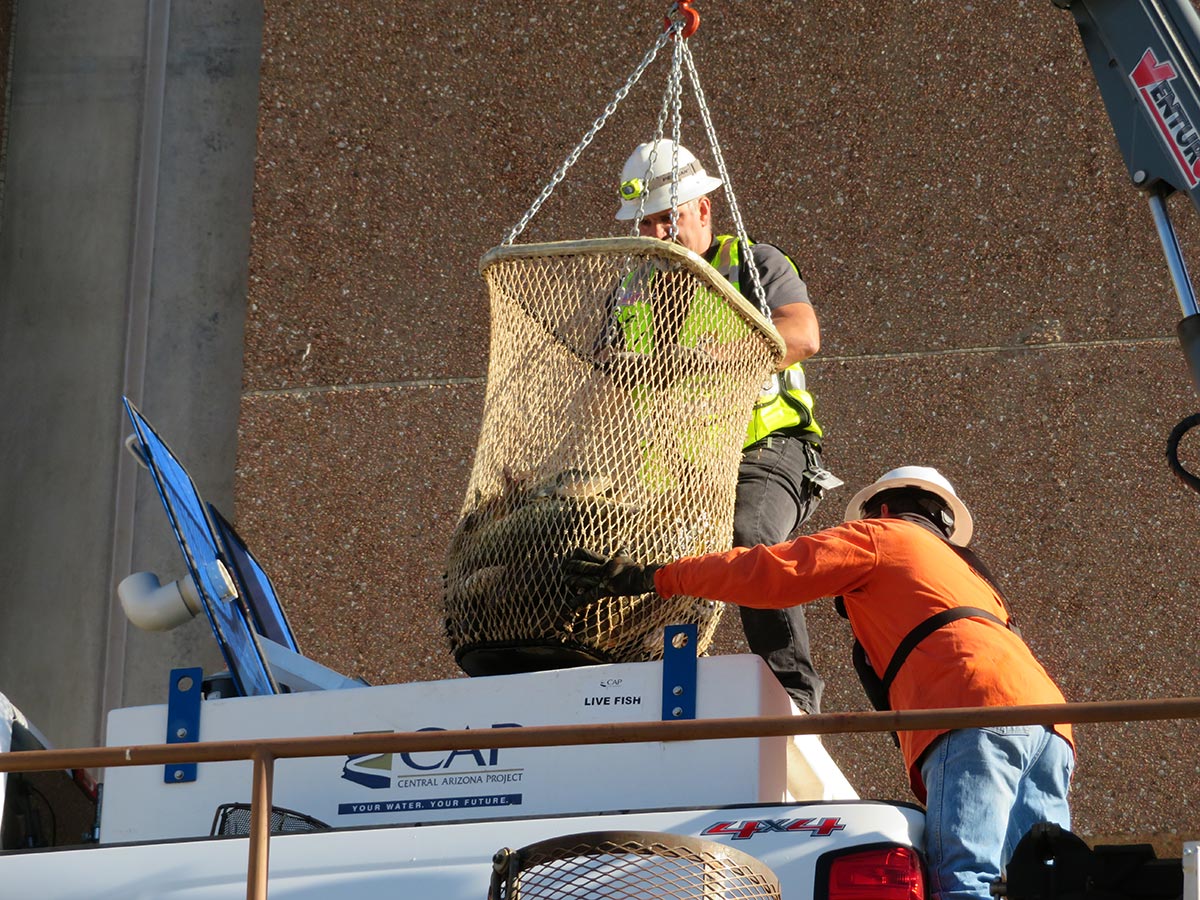