Why do water managers pay such close attention to the 24-Month Study? 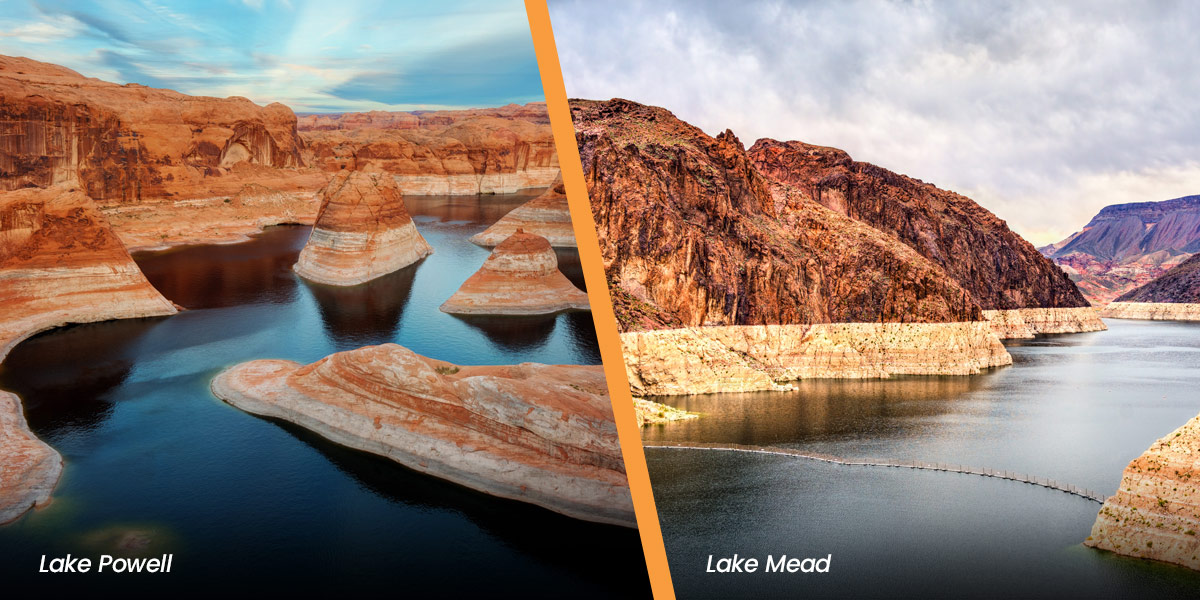 Colorado River water managers, like CAP, rely upon operating guidelines related to the amount of water stored in the two major Colorado River Basin Reservoirs – Lake Powell and Lake Mead. The operating guidelines determine how much water will be released from those reservoirs to meet water-user needs. The two reservoirs are operated under a system called conjunctive management, meaning the storage conditions in one reservoir affect the releases in the other. Since 2007, the 24-Month Study has been used to implement the operational decisions directed by the guidelines.

Each month, the U.S. Bureau of Reclamation (BOR) prepares the 24-Month Study based on hydrologic modeling, including estimates of precipitation, runoff and water uses to forecast operations for these two reservoirs for the next two years. The study considers three hydrologic scenarios, a most likely (“most probable”) condition for system inflow into Lake Powell and releases to Lake Mead, and frequently provides “wetter-case” and “drier-case” scenarios. The study uses these hydrologic scenarios combined with the complex operating rules of the system to generate a dense set of tables containing storage and release values for each of the major reservoirs in the Colorado River system. The results of the monthly study forecast the water supplies for the more than 40 million people served by the Colorado River.

The Colorado River System relies on snowpack as the primary source of its water supply. Consequently, there are two particularly important months where data from the Study gives a clearer indication of what the water supply will be for the subsequent 24-month period:

The U.S. Secretary of the Interior relies on the April Study to evaluate releases from Lake Powell and the August Study to make the Colorado River water supply determination for the upcoming year.

Here are the particulars regarding the April and August 24-Month Studies:

August 24-Month Study — The August 24-Month Study forecasts the coming year’s precipitation, runoff and water uses in the Colorado River Basin. This study is of particular interest because it projects the level of Lake Mead, the Lower Basin’s reservoir, at the end of the calendar year. The projected elevation at the end of the year, which reflects the amount of storage in Lake Mead, determines the operating conditions and supply available for Colorado River water users in California, Nevada, Arizona and Mexico. In summary, the projected end-of-year elevation determines whether there is a shortage triggered for the coming year. If Lake Mead is projected to be below elevation 1090’, Arizona, and in particular CAP, will face reductions in its available Colorado River supply. When Lake Mead elevation is between 1090’ and 1075’ there is a Tier Zero reduction, which reduces the supply to CAP by 192,000 acre-feet or about 12%. When Lake Mead elevation is between 1075’ and 1050’ there is a Tier 1 shortage, with a reduction of 512,000 acre-feet or about or about 30%. Here you can see the Lower Basin shortage levels and their corresponding reductions.