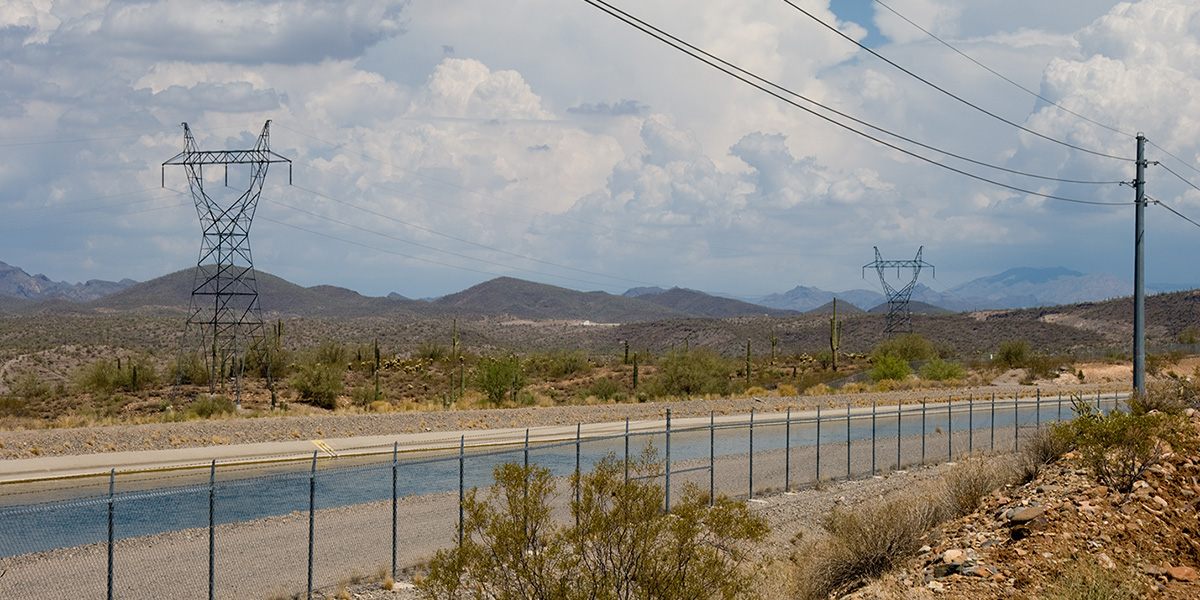 Most people living in Arizona develop a special appreciation for two precious resources needed to survive this climate — water and power. But many have probably not thought about the relationship between them.

CAP is the largest single power user in the state of Arizona, yet its power costs dip during the time of year when it delivers the most amount of water – these scalding-hot summer months.

So, how exactly does this happen? This graphic helps explain CAP’s strategy.

When CAP water deliveries are highest, during the summer months, power use is comparatively lower.

Conversely, when CAP delivers less water during the winter months, power use is comparatively higher.

Energy pricing is not consistent

Supply and demand have strong influences on the pricing of energy in the southwest market.  Each year, CAP sees energy trading prices escalate as summertime energy use surges, and also witnesses a corresponding reduction in energy pricing during times when we experience a more moderate climate.  As effective managers of its resources, CAP strives to take advantage of favorable winter energy pricing.

Pumping water uphill takes an enormous amount of energy: up to 2.8 million megawatt-hours (MWh) each year, in fact, to deliver around 456 billion gallons (1.4 million acre-feet) of CAP water. This would be enough energy to power about 250,000 Arizona homes each year.

During the “season of freeze,” the pumping plants west of the metropolitan Phoenix area are laboring especially hard. Mark Wilmer Pumping Plant in Lake Havasu, the first plant in the CAP system, lifts water 824 vertical feet – to allow it to flow into the CAP system. Four more pumping plants expend energy to lift water so it can gain elevation and make the 150-mile journey to Lake Pleasant in central Arizona.

Water is heavy, so it’s no wonder CAP is the single largest power user in the state of Arizona.  Seasonally, energy prices are lower in these winter months, so CAP’s yearly pumping plans take advantage of low energy prices to move more water in these months.

Lake Pleasant is located just upstream of where CAP will ultimately deliver the majority of water to Arizona cities, and agricultural and tribal users. So its location is ideal as CAP’s storage reservoir. When “fill season” concludes near the end of May, the lake is full and ready for deliveries to ramp up and corresponding releases from the lake.

This “inverse curve,” or the relationship between power use and water deliveries, is what you can clearly see in this graphic.

Through expert scheduling of two critical resources Arizonans depend on — water and power — CAP will continue to make reliable water deliveries efficiently throughout the year.