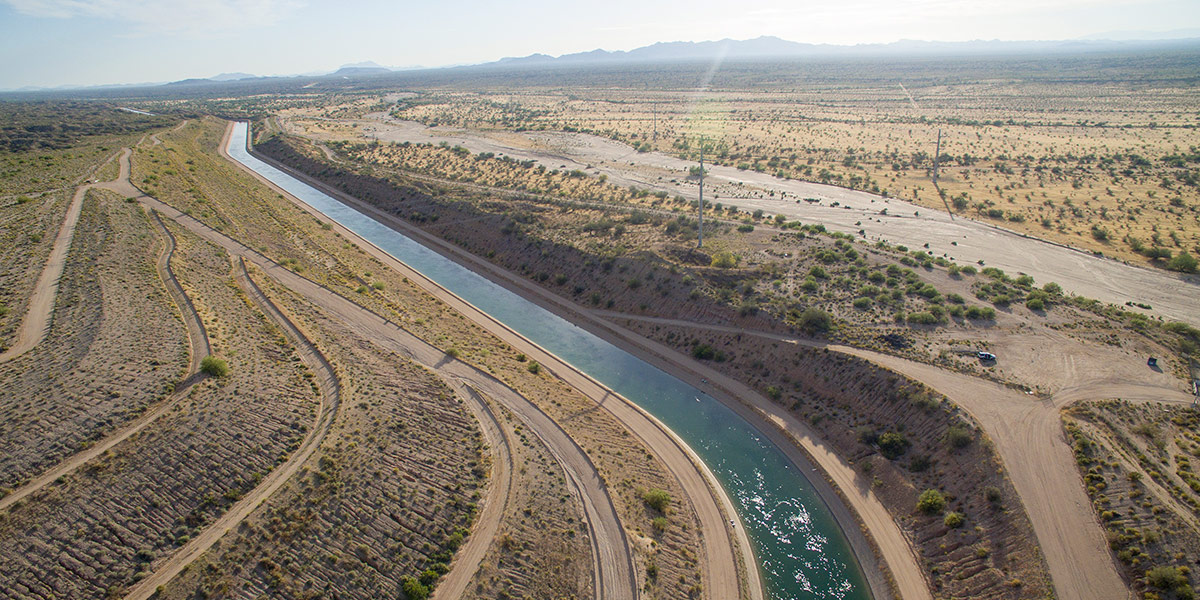 The CAP canal is, in essence, the spine of Arizona. Arching through the state from Lake Havasu to just south of Tucson, this Colorado River water often makes its desert journey through secluded regions where water sources are scarce.

So naturally, during this wildfire and monsoon season, this 336-mile aqueduct can be a firefighter’s main ally.

This was exactly the case on June 12. The Bureau of Land Management used a helicopter to dip hundreds of gallons of water from the CAP canal just south of Salome and help quench a nearby ¼-acre wildfire.

Thanks in part to this critical water supply nearby, the blaze didn’t get far.

Collaborating for a common goal

Thanks to a 2016 cooperative agreement with the U.S. Bureau of Reclamation and Bureau of Land Management, in emergency situations the water flowing through the canal can be used for fire suppression anywhere along the system.

See a map of active fire incidents in Arizona, as well as a CAP system map.

The potential to help combat wildfires is just one benefit of the CAP system to the state of Arizona.

Water in the desert, without a doubt, is precious in more ways than one.

Firefighters in the sky

In a season that has included one of the largest wildfires in Arizona history, these “firefighters in the sky” might count on CAP canal water once again to help douse these remote flames.

“Generally, air support comes in and tries to knock down big flare-ups and hot spots to keep the fire from spotting or running out too far,” said CAP Land and Survey Supervisor Tom Fitzgerald, who worked for the Tonto National Forest as a firefighter from 1992-2000.

Fortunately, these water and collaborative agreements have remained intact.

Though it’s not comforting to imagine the Arizona landscape ravaged by wildfire, CAP canal water could again help curtail an untamed inferno.

PrevPreviousVideo: Kids of CAP families get creative for virtual Kids Day
NextWater: faster than a speeding bullet, stronger than a locomotive?Next