CAP grower looks to the future by planting historic crops 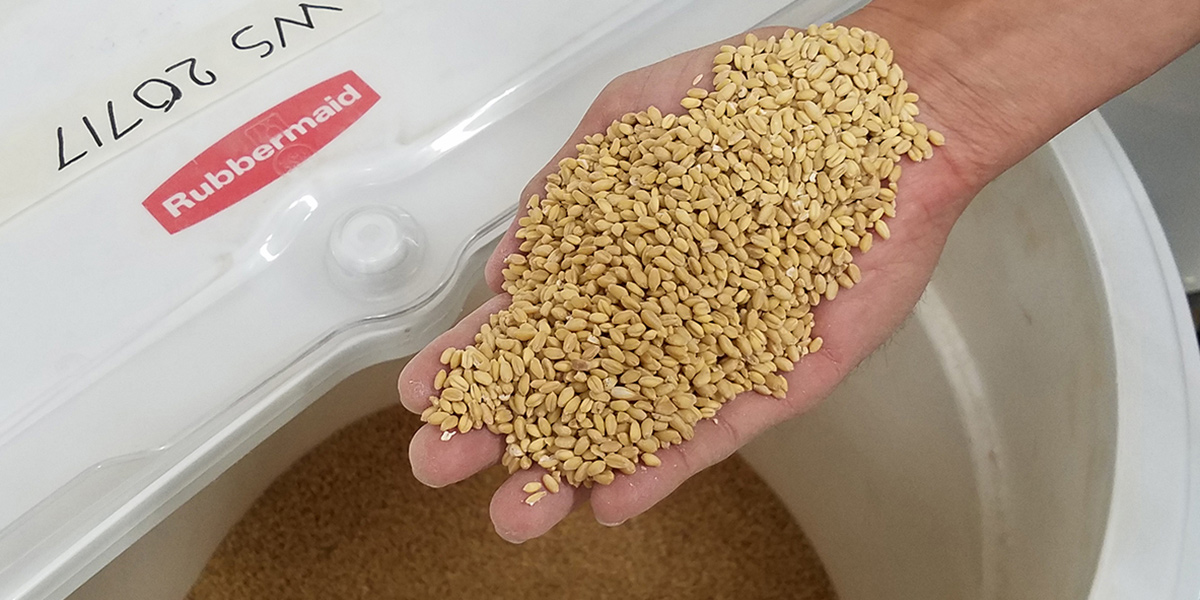 Brian Wong, President of BKW Farms in Marana, says that his company is always looking for new crops and more efficient irrigation techniques.

“We like to do crazy new stuff,” he said at a recent meeting.

That may be part of the reason why BKW Farms was the first agriculturist in Pima County to exclusively use CAP water to grow crops on the 4,500 acres it irrigates.

Beginning in the mid-1990s, BKW applied to the state to become a “Groundwater Savings Facility.” As such, other CAP water users could provide their unused CAP water to BKW for irrigation. In exchange, the CAP subcontractors received credit for the groundwater BKW Farms left in the aquifer.

Within a few years, all BKW cropland was irrigated with CAP water (about 9,000-10,000 acre-feet annually), and no groundwater has been used on its land since that time. Because the CAP water BKW uses is provided by municipal priority subcontractors, BKW will not lose access to this resource during a Tier 1 shortage.

As a result, in combination with other water recharge projects in the area, groundwater levels beneath their property have risen about 100 feet since the 1990s.

In another innovation, in 2013, BKW sought to enter the growing “locavore” movement by growing and providing crops specifically for use in the local region. They partnered with Native Seeds Search, a Tucson non-profit that preserves both the seeds of crops grown for many generations in the Southwest, known as “heritage grains,” and the techniques to grow them.

“They were able to provide us with about 2,500 pounds of White Sonora Wheat seed,” Wong said, “which was first introduced to the Southwest in the 1600s, but had largely disappeared as a commercial crop.”

BKW set aside some isolated acreage where it could grow crops that would be organic-certified by the U.S. Department of Agriculture. A collaboration with local breweries and bakeries assured BKW of customers for the wheat they would grow from this first batch of seeds.

In the years since then, BKW has expanded its inventory of organically-grown heritage crops to include grain varieties such as Khorasan and Red Fife wheat, as well as modern grains, flour milling facilities and even growing blue oyster mushrooms using inputs from their grains. Although about 70 percent of their heritage crops are used in Phoenix and Tucson, their customer base has expanded to include bakeries throughout the country, additional breweries, and foodie-fans of all kinds. (Check out their offerings at www.bkwazgrown.com.)

This has all been possible through the partnerships BKW Farms has forged with CAP and Tucson-area water utilities, and its willingness to “do crazy new stuff.”

PrevPreviousFaces of CAP: A welcoming spirit at work and home