Don Anderson helped get CAP construction back on track 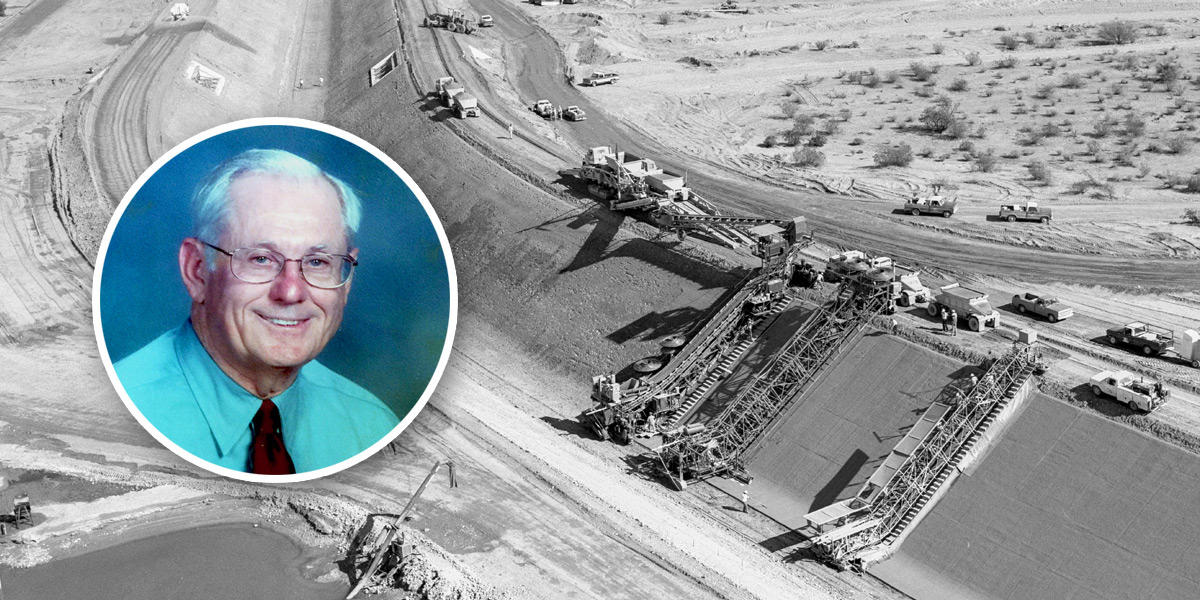 (The story below is built around a recorded interview)

When Don Anderson began working as an engineering manager in charge of constructing the CAP in 1983, he had two objectives.

“Get this project back on schedule because it was way behind,” he said, “and get a project management system.”

Six years later, when Anderson was finished with his work on the CAP, both objectives received checkmarks. The new project management system also was integral in accelerating the progress. He said that by June of 1985 — six months ahead of the contract date — water had arrived in Phoenix.

But, of course, it wasn’t easy.

“A lot of the problem was, you know, trying to do concrete work in 115 degrees and getting through working,” Anderson said.

Not to mention getting water through Tucson.

“Originally the canal was supposed to … go around the mountains and come back into the Tucson Water Treatment Plant,” he said. “This was gonna require tremendous cuts on the hillside’s scars and everything else. And one of my fellas one day said, ‘Why don’t we tunnel under the Mountain Park at Tucson?’ ”

“We went in; we tunneled under the park; we did not disturb,” he said. “And it actually ended up as a cost savings.”