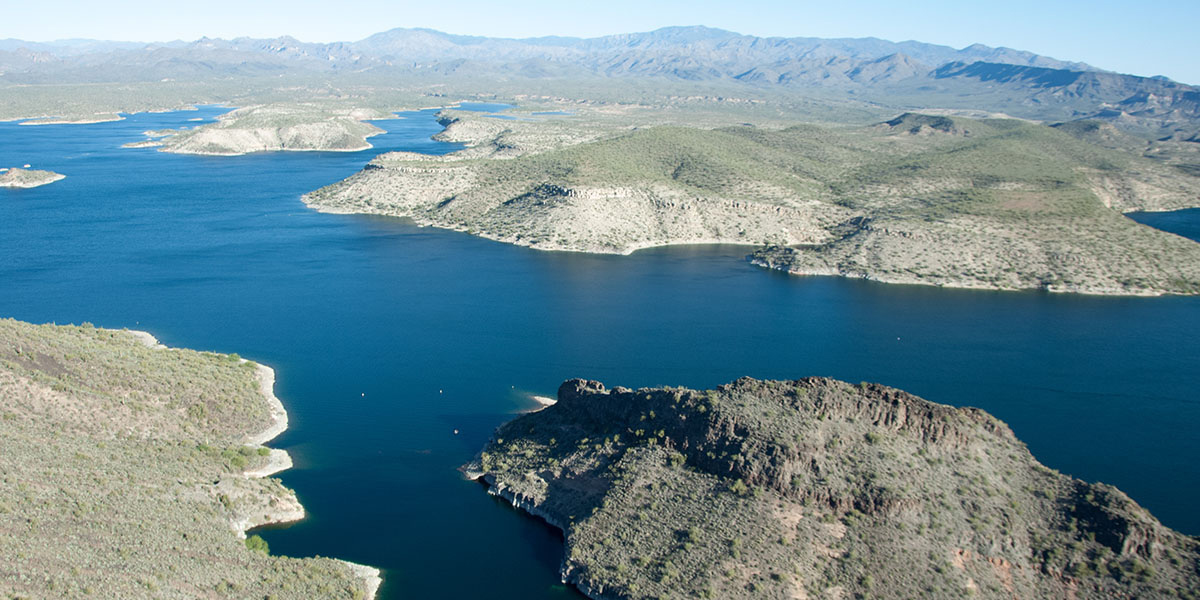 Did you know that most Arizona lakes have a dual purpose?

Lake Pleasant in Peoria, for one, actually helps ensure the reliability of our water deliveries.

The lake plays a key role in providing reliability for delivering water to thousands of showerheads, hoses and faucets in central and southern Arizona. It’s also an important link in the fluid transportation system that routes irrigation water to agricultural fields in those regions. 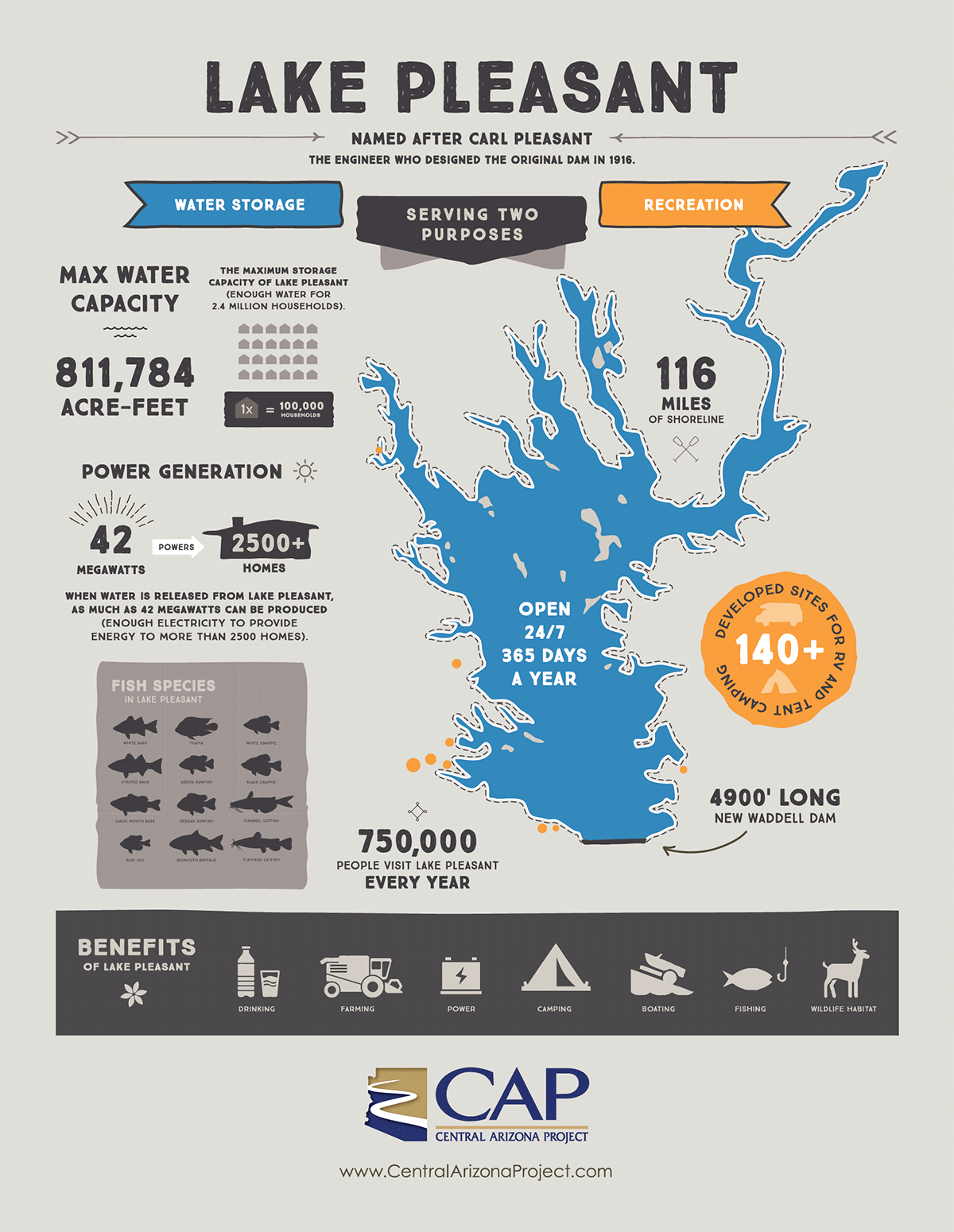 Though millions of people each year enjoy its recreational benefits, Lake Pleasant is also:

Despite a Tier 1 shortage declaration for Colorado River operations beginning Jan. 1, CAP is not currently expecting the Lake Pleasant water level to be significantly impacted in 2022. CAP expects the lake level to go down, but not outside normal historical operating ranges.

Created by the Waddell Dam in 1927, the original lake was filled by the Agua Fria River and was about a quarter of the size it is today. In 1973, CAP began building an aqueduct that would divert Colorado River water to the lake and eventually converted Lake Pleasant into a reservoir for the project.

The New Waddell Dam was completed in 1992 and the initial fill of the larger reservoir was finished by 1994, quadrupling the surface area of the lake and submerging the old dam beneath its waters. While the Agua Fria River still feeds the lake, the CAP aqueduct is its primary water source.

Most locals prize Lake Pleasant for its use as a major water sports recreation center.