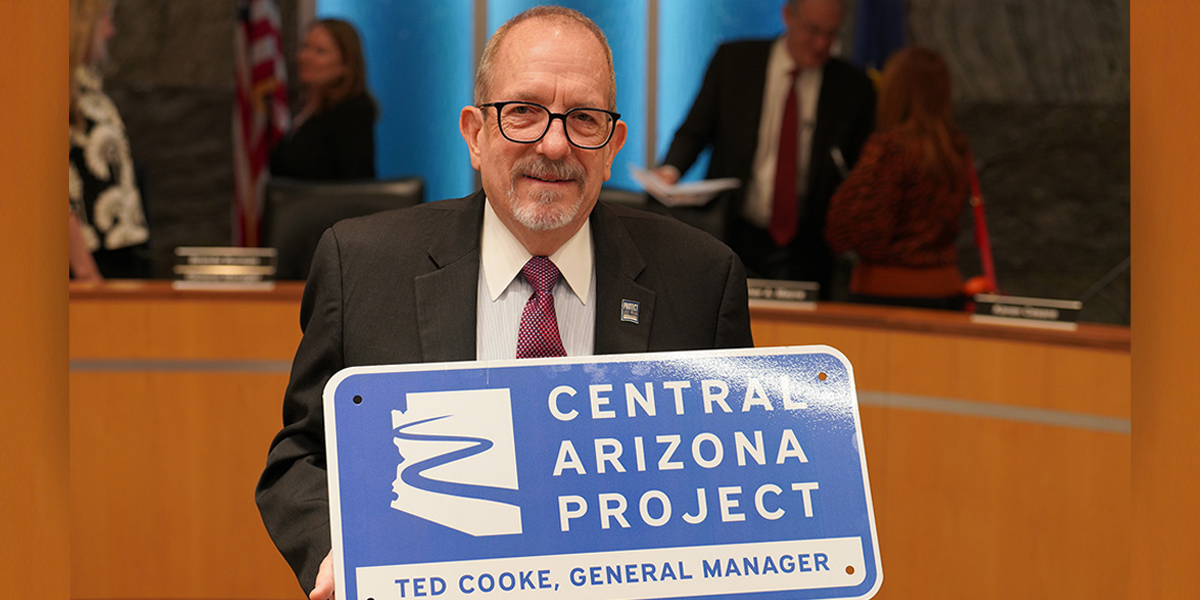 The story below is built around a recorded interview. The full oral history may be viewed here.

Recently retired CAP General Manager Ted Cooke did not always aspire to lead an organization. In fact, when he graduated from high school it wasn’t on his radar. He and his best friend – the top two students in the class – decided they would study physics.

“Why were we going to study physics? Well, because we can. And it would be just kind of a mark of geekiness for us, because it’s the most awesome major we could possibly have,” said Cooke.

He headed off to Loyola Marymount and did just that. However, by his junior year, Cooke realized that although physics may be “the most awesome major,” he didn’t want to spend the rest of his life doing it. A new plan emerged – business school. By combining his scientific background with a master’s in business administration, he would be the perfect fit for one of the technology companies that were exploding in the early 1970s.  He was right, and when he graduated, he accepted a job with Xerox Corporation where he would be an industrial engineer.

Except things change. When he showed up for his first day of work, there had been a reorganization and the man who hired him had moved back to Rochester, New York.

“They looked at me and said, ‘Well, you’re an MBA, and we’ve got an opening in finance, so you can go there. It’s just about budget time, so you’ll have plenty of work to do,’” said Cooke. “So, today, I am the accidental accountant.”

Although the move may not have been planned, the fit was good. Cooke sunk his teeth into the work, finding his quantitative background extremely useful in his new position. Not only did he enjoy the position, but he was quite good at it. But after nine years, he tired of the large corporate bureaucracy and wanted to find a smaller company that did interesting work – and he landed with a solar project developer. Although the company went out of business three years later, Cooke had found his niche: utilities, with interesting infrastructure, an important mission, and engaging work.

Cooke joined CAP as assistant general manager in 1999, he found considerable opportunity to make an impact. He asked questions and challenged assumptions. He implemented more formal financial reporting, policies and procedures, and internal controls. He knew his arena well – and he was good at it. However, he never longed for the top position.

“I thought of myself as a competent number two. That I could basically be the deputy (general manager), but never the head person because I didn’t want to deal with what I perceived to be political difficulties,” said Cooke.

Even when Board leadership approached him to serve as interim general manager in 2015 as they searched for the “real” GM, he believed it would be temporary. But, as he dug into the work, he started to have a change of heart.

“I got much more pragmatic about it, I realized, ‘I could probably do this,’” said Cooke. “The things that I didn’t want to deal with were just about as bad as I thought they would be but was able to deal with them.”

The rest, as they say, is history. Cooke became the “real” general manager in 2016 and has navigated a lot of choppy water. Working to save Navajo Generating Station, only to have the power market shift and then support its closure. Negotiating and passing the Drought Contingency Plan. Navigating challenging relationships within the state and the Colorado River basin. Facing first-ever shortage declarations. Battling aridification and climate change.

Challenges that Cooke tackled head-on, with a team of nearly 500 talented and driven professionals supporting him.

“We’ve got something here that is just unique, and people can see it,” said Cooke. “All of the noise and hubbub and turmoil and chaos that may be here, but in the background there’s just this purpose that drives it all. And we have to keep that vision of the long game because that is what’s going to power us through these challenges.”