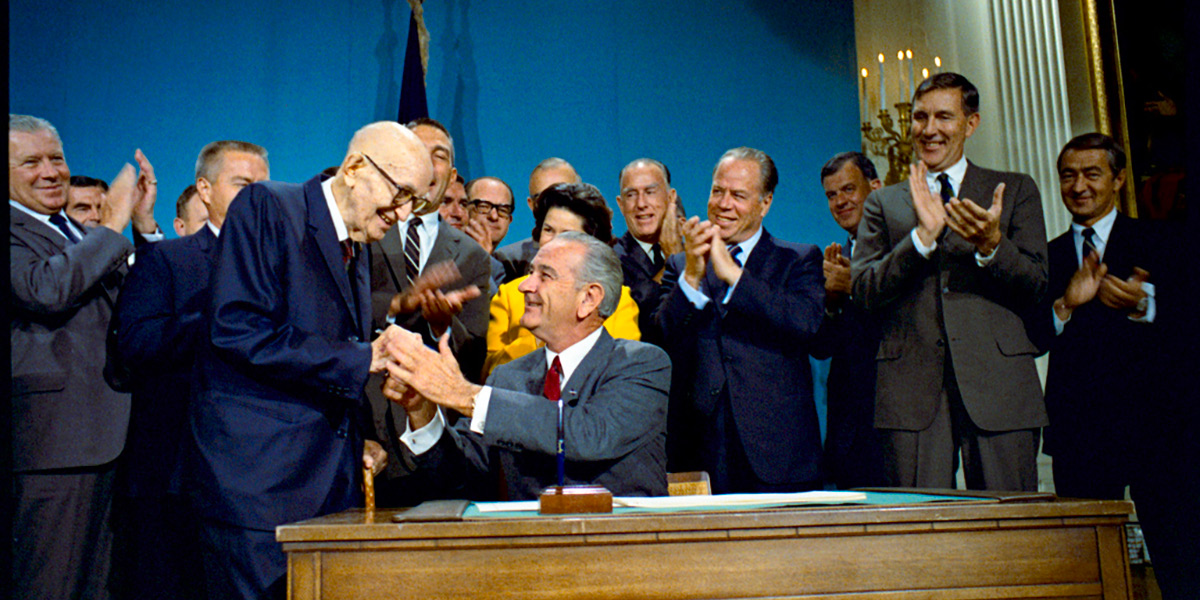 Arizona’s water history is a rich one, filled with stories of conflict and collaboration . . .hostility and harmony. But in the end, the characters in this story – farmers, politicians, engineers, economists, lawyers, accountants – accomplished a lot by working together.

CAP’s Oral Histories are the real stories. History told by those who lived it.

For example, Arizonans know that in the late 1970s, CAP construction almost ceased until the state developed a comprehensive groundwater management law. Conflict ensued between Arizona and Washington, D.C. But what you may not know is that, according to Governor Bruce Babbitt, some of that conflict was intentionally created.

Babbitt took the lead and formed a group to tackle the issue, but progress was slow. So he talked with his friend, U.S. Department of the Interior Secretary Cecil Andrus and recruited him to help ignite the efforts.

“I would periodically call him up and say, ‘Cec, give me some leverage, threaten to kill it (CAP construction) and I will go out in public and condemn you as interfering in our business and telling you to stay out of our affairs,’” Babbitt said.  “At the same time I would go back into the group and say, ‘Okay, you hear him, he just might do that.’”

And that’s not the only great story told by this cast of characters.

Former Senator Jon Kyl was the driving force behind the Water Settlements Act and shares the his perspective and pride in the collaborative manner in which Arizona has always been able to navigate water issues.

The oral histories detail how when Californian Wes Steiner was hired as the Executive Director of Arizona’s Interstate Stream Commission, people were worried he was still working for California, acting as a “spy” who wouldn’t have Arizona’s best interest at heart.

There are perspectives on Orme Dam and Plan 6.

CAP suing the Federal Government over the total repayment amount.

Find these and more by clicking here.