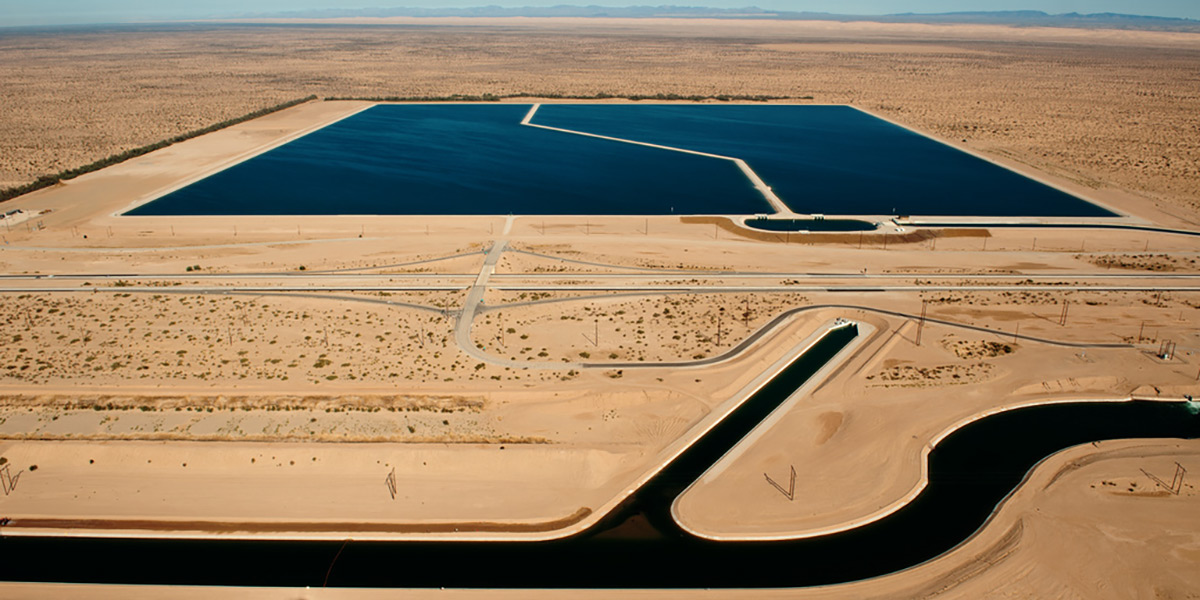 Water can be a contentious topic in the West and especially the Colorado River. But at a time when many were gearing up to fight over the Colorado River, a group water managers came together and showed that collaboration is a powerful strategy to achieve a solution that works for everyone. In this case, it was the collaboration of the Bureau of Reclamation (BOR), Southern Nevada Water Authority (SNWA), Metropolitan Water District of Southern California (MWD) and Central Arizona Project (CAP) who came together to build Brock Reservoir. The team funded and constructed the first Colorado River infrastructure project designed solely to conserved water in the Lower Basin.

When SNWA was having some supply concerns in the early 2000s, they saw the project as an excellent way to address their issues by reducing system losses and conserving this water. SNWA, working with BOR, evaluated the opportunity to conserve the lost water, benefit Lake Mead, and create a temporary water supply called Intentionally Created Surplus (ICS) from the conservation.

“Seeing that our demand in the Las Vegas Valley was going to continue to grow, we needed a bridge resource to get us from our Colorado River resources to whatever new water resources we might need to develop,” said Colby Pellegrino, SNWA Colorado River Programs Manager.

At the same time, California was experiencing a drought and MWD asked if they could join; CAP then followed suit.

Together, the team with diverse interests worked out the project details. BOR would oversee the project, which included solving engineering challenges related to the location.

“It’s sand, constructing that reservoir in the sand…and then we have seven miles of canal and a siphon that goes under an interstate that our water conveyance groups designed in our technical service center in Denver,” said David Palumbo, BOR Deputy Commissioner of Operations.

“It’s cost effective and it has been probably the single biggest reason that we’ve stayed out of shortage all these years by saving this water every year and keeping it in Lake Mead,” said Bill Hasencamp, MWD Colorado River Resources Manager.

Brock Reservoir has reduced lost water in the Lower Colorado River system by approximately 60,000 acre-feet per year. This is equivalent to almost 1.0’ in Lake Mead that was being lost every year. In addition, the project has created ICS which CAWCD is using to mitigate the impacts of DCP on CAP water users. The project will continue to provide conservation benefits for the life of the facility, expected to extend for more than 50 years. All in all the project is a success for the partners and for all Colorado River water users in the United States and Mexico.

Read the complete transcript from the interview.