CAWCD Board Convenes by WebEx for June 2020 Meeting 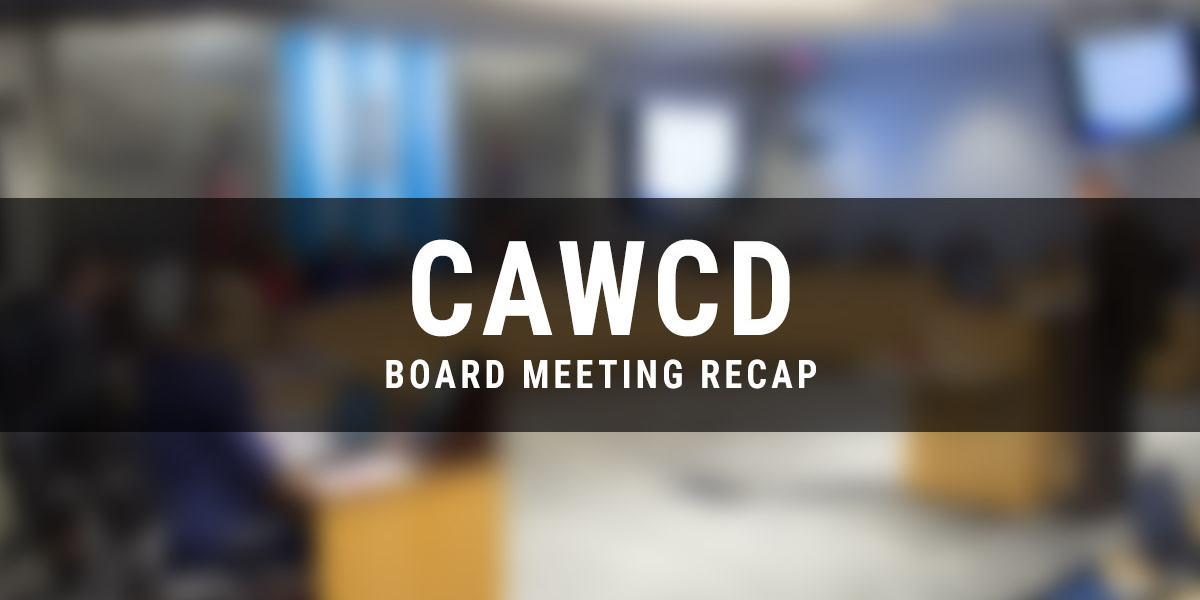 The Central Arizona Water Conservation District Board of Directors (CAWCD) convened virtually today for its June 2020 meeting. CAWCD Board President Lisa Atkins chaired the meeting from the headquarters boardroom and all other board members participated via WebEx. The public was invited to watch the livestream and to provide public comment via the Board’s online “Blue Card.”

The meeting began with a recognition of the 40th anniversary of the Groundwater Management Act, which was signed June 12, 1980. The recognition included a special video reflection from former Governor and Secretary of the Interior Bruce Babbitt.

“The Groundwater Management Act was truly historic and is intimately tied to our own history at CAP as it was instrumental in securing the federal appropriations for our completion,” said Atkins. “The Act established a comprehensive water management framework, administered by the Arizona Department of Water Resources. This has been critical to the prosperity that Arizona has enjoyed. We are proud that our renewable supply has contributed to that success and we congratulate ADWR on four decades of excellence.”

In addition, the Board approved several items on the Consent Agenda, including:

The CAWCD Board of Directors is a popularly elected, 15-member board. Ten members are from Maricopa County, four from Pima County and one from Pinal. Members serve six-year, unpaid terms. The board typically meets publicly the first Thursday of each month to establish policy and set rates and taxes for CAP.

For additional details on the June board meeting, take a look at the agenda and packet. Board minutes and video will be posted here.