Faces of CAP: The intersection of art and science 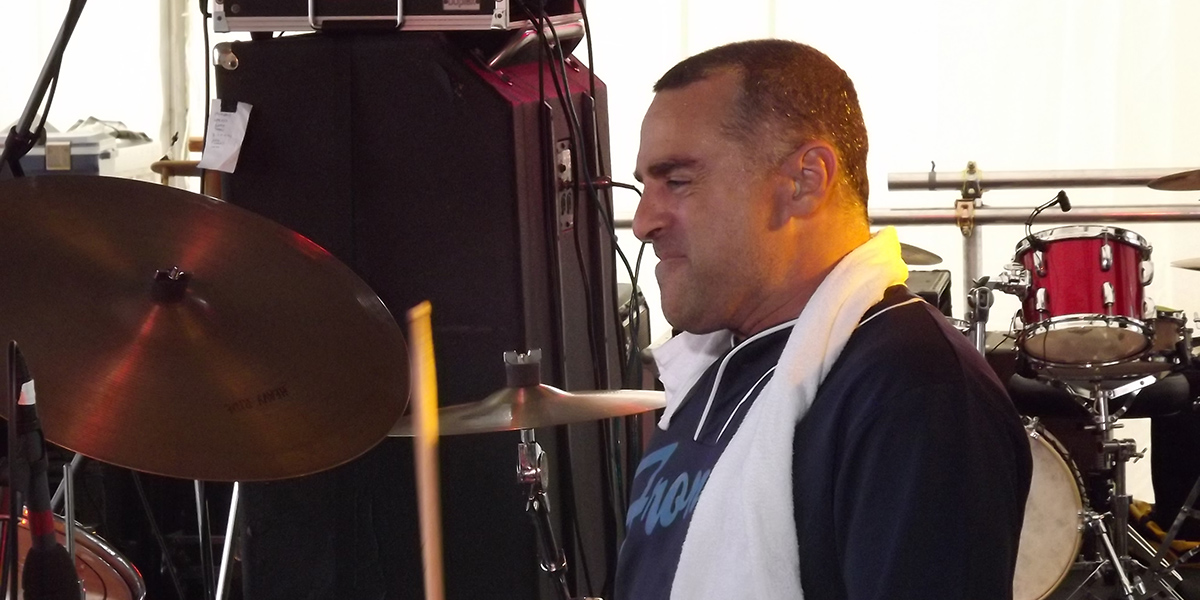 Editor’s Note: Orestes Morfin joined CAP in 2015 as a Colorado River Programs Analyst after spending 12 years in consulting, working in mine water, mine waste geochemistry and water treatment modeling.

Orestes Morfin has had two distinct and seemingly divergent careers. The first as an artist, a musician who toured the world, performed, wrote and recorded. The other as a scientist, working on Colorado River modeling, mine waste geochemistry and water treatment modeling.

But Morfin doesn’t see the two as being that different.

“There is a lot of technique in art and a lot of art in science and engineering,” said Morfin. “I think people who are successful are able to bridge that gap.”

Morfin has definitely had success on both fronts. He was born in Brooklyn, but spent much of his youth in California, developing a love of the outdoors and music. His father was a drummer, played congas, which influenced Morfin who listened and learned, absorbing everything around him. He picked up classical trumpet when he was 8, but his true passion was drums.

“I was always obsessed with the drum kit, couldn’t take my eyes off it,” said Morfin. “I got one when I was 11 and started playing.”

Music and a love of the outdoors weren’t the only things that Morfin absorbed from his environment. When he was 10 his father passed away; he was sent to live with family and friends and ultimately ended up in Brooklyn, living with his paternal grandmother who spoke Spanish and very little English.

“My father was Mexican and Native American; my mother is Greek and Turkish and so my grandparents spoke to me in Spanish, Greek and Turkish,” said Morfin. “It opened my mind to the reality that people communicate different ways and I became obsessed with how to determine what people were saying from young age.”

Curiosity and culture shaped his life. He missed the California lifestyle, but embraced the city. He spent time with his extended family, raised and influenced by the community. And he embraced music…the rock of Steely Dan and the jazz of Stanley Clark. He listened to everything, trying to understand it and figure out how to play it on his drums.

After graduating from high school, he started a new adventure, moving to Ohio to start college at Oberlin College.

“My Tia (aunt) knew about Oberlin, and thought it would be a good fit because of the strong academics and focus on music,” said Morfin. “I’d never been there, but three weeks later, I packed a bag and flew to Ohio. Music was the plan, to the extent I had a plan. I just knew I wanted to play music.”

He was a double major, French and geology, but spent his free time focused on music. He joined Pay the Man, the first band he was in that played original music. He took a sabbatical from school, moved to Boston with his band and played clubs at night. They recorded, traveled and played. When he returned to Oberlin, he joined a band called Bitch Magnet. Their record got good reviews and press and an independent label picked them up. It was the late 1980s and Morfin found himself touring the United States and Europe. His dream had been realized: he was making his living as a musician.

In the early 1990s, Morfin left the group to go in a different direction, moving to Colorado and finding a new home with the band Walt Mink, who already had released two records. They released two more with Morfin behind the drums. But things in the music industry were changing.

“I could see the writing on the wall. I knew that the music industry as I knew it was over and I knew that I was aging out. If you’re not Led Zeppelin by the time you’re 30, that’s it,” said Morfin. “Once it’s not a path that can you support anymore, you need to reinvent yourself.”

So he did. In 1997, Morfin returned to college at the University of Arizona and finished his degree in geology. He got his Master’s in Engineering in 2003. He worked hard and played hard, continuing to play music. In fact, Bitch Magnet’s records got reissued in 2011 and the band reunited and toured the US, Europe and Asia in 2011-12. Two side projects also came out of that reunion; one of those was Bored Spies, a group that Morfin toured with in the US, Europe and Asia in 2013-14.

“I have been very fortunate to have had multiple resurgences in my music career,” he said.

Today, Morfin lives in Tucson with his girlfriend Rosi and his sons Kai and Xavi. He lives passionately; he cycles, snowboards, surfs, camps and hikes, his sons are alongside him in his adventures. He is multi-lingual, fluent or conversant in English, Turkish, French, Spanish, Portuguese and Greek.

And he is a CAP Colorado River Programs Analyst. Morfin’s primary function is numerical modeling, which means he runs and curates models of the Colorado River system and uses those models to explore scenarios of supply and demand on the river. The results of that work go into informing CAP’s operations. He utilizes talent for language and communication, representing CAP in bi-national negotiations with Mexico and even doing a presentation in Turkish.

“I want to contribute and work on meaningful, tough problems,” said Morfin. “I feel very fortunate to be able to work on those problems with the talented group we have.”

Some may see Morfin’s two careers as completely different, but he sees it simply as an evolution of his life, the result of being driven; a passionate problem-solver who is hungry to learn and improve himself and the world around him.

“When I look at what I’ve become, I realize I’m a perpetual student,” Morfin said. “I am curious and interested and I’ve taken on a commitment to pushing my own personal boundaries as a way of life.”