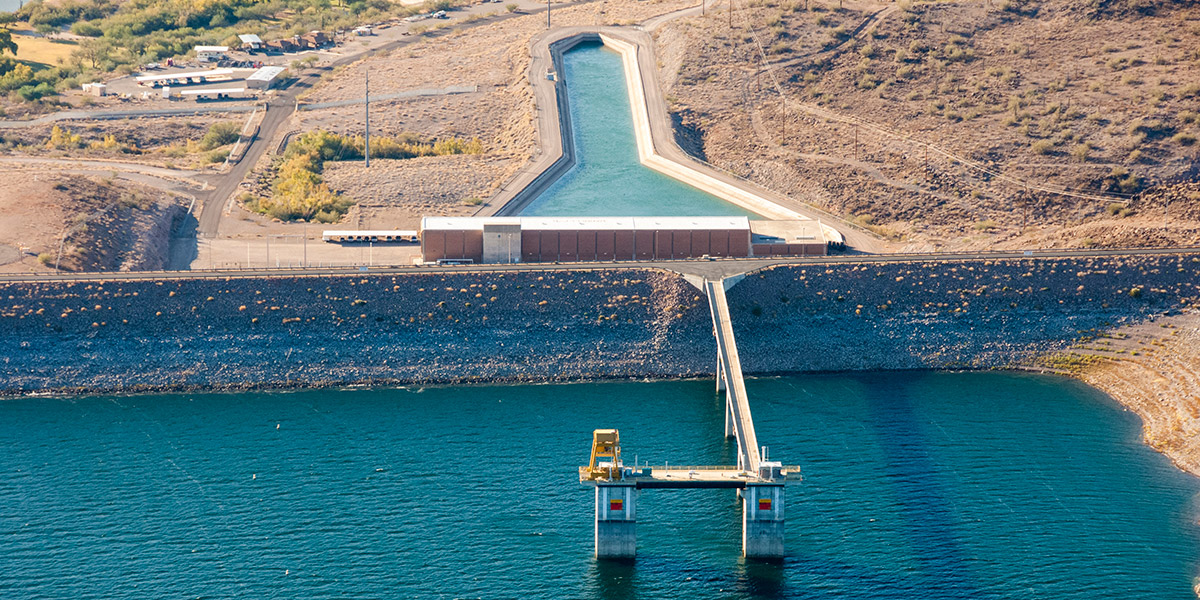 When most Arizonans think of Lake Pleasant, they think of outdoor recreation; however, for CAP, the lake is also a storage reservoir that is critical to its ability to reliably manage and deliver Colorado River water. Colorado River water is pumped into the lake in the winter, when power costs are lowest, and released in the summer for downstream water deliveries, generating hydropower.

Key to that water management plan are the two intake towers north of New Waddell Dam and Waddell Pump/Generating Plant. The towers are 235’ tall and each has four gates which allow water to be pumped into and released from the reservoir.

Two of the gates are at elevation 1610’, currently approximately 85 feet below the surface of the lake, and measure 8’ x 9’, about the size of an average garage door. They are only used when the lake elevation is below 1610’ and water is being pumped into the lake. Under normal operations, these gates are closed and slighter larger gates below are open for both pumping and releasing.

So yes, Lake Pleasant is a great spot to cool off in the summer, but now you know what’s beneath the surface.