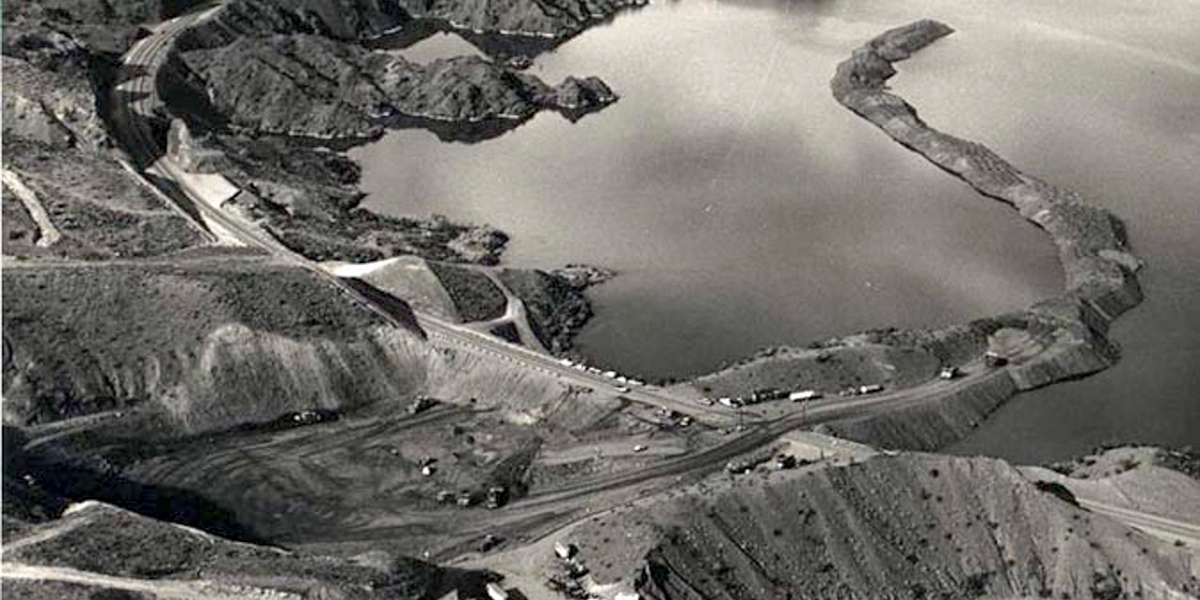 In 1973, five years after the Colorado River Basin Project Act was signed by President Lyndon B. Johnson, construction started on the first pumping plant in the CAP system: Mark Wilmer Pumping Plant. The plant is the largest in the system; its six, 66,000 horsepower pumps lift water more than 800 vertical feet from Lake Havasu into the seven-mile Buckskin Mountain Tunnel. The plant was named for Mark Wilmer, a water rights attorney who argued in the U.S. Supreme Court for Arizona to keep its full entitlement to its 2.8 million acre-foot allocation of Colorado River water.