The happiest of endings 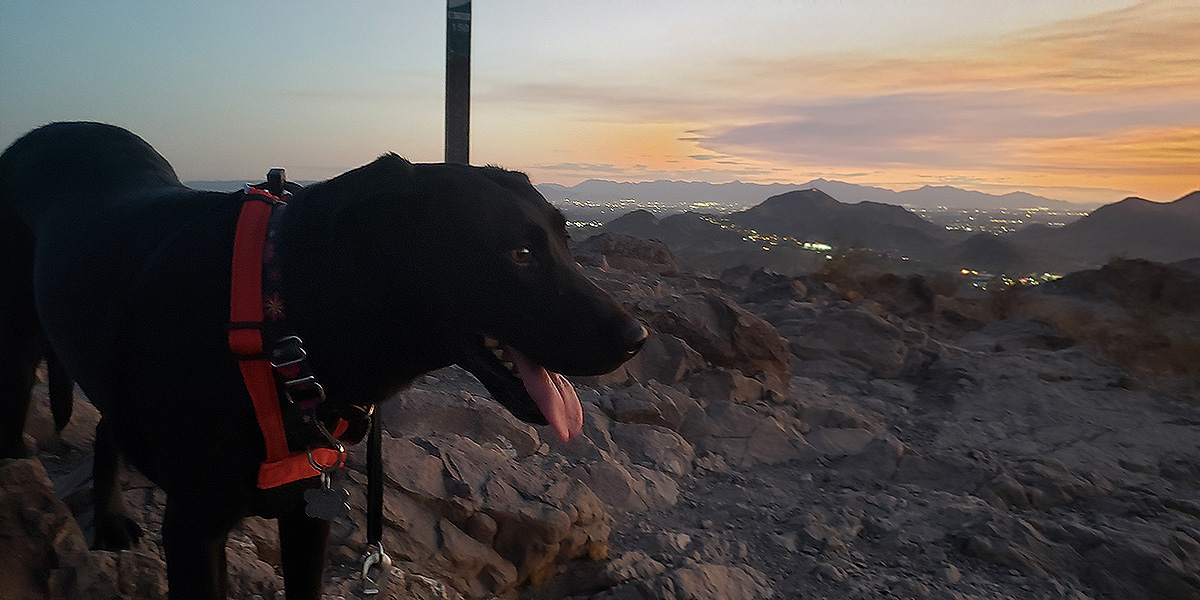 CAP Engineer Craig Truax likes stories of survival…and black labs. So when he read the article about co-workers who rescued a black lab who found herself stranded on a check gate above the rapid water in the CAP canal this past summer, he started a quest to see if she could be adopted.

“When I contacted animal control, they told me she had been adopted by a lab rescue group, but wouldn’t tell me what group,” Truax said. “So I gave them my contact information and hoped they would pass it along.”

When Desert Labrador Retriever Rescue contacted him and said the dog was being fostered while waiting for a new home, he stepped up to be that home. First, he had to be approved to adopt any dog from the group, which included an application and home inspection. Once Truax was approved, he waited for her to become available. Then, he and his family got to meet her and see if their home would be a good fit for the 2-year old…and it was!

“She’s affectionate and active,” Truax said. “She loves to go hiking and four-wheeling or just stay home with the family.”

The loving lab came to them with the name Chloe, but Truax and his family thought Zoey was more fitting. She is the only four-legged member of the household and is scared around other dogs and people, a situation Truax says he will remedy once COVID passes.

“I previously had a lab who passed away and was waiting for the right opportunity when Zoey came up,” Truax said.